Please ensure Javascript is enabled for purposes of website accessibility
Log In Help Join The Motley Fool
Free Article
Join Nearly 1 Million Premium Members And Get More In-Depth Stock Guidance and Research
By Will Healy – Sep 21, 2021 at 7:55AM

These emerging players could transform key parts of the SaaS market.

The software-as-a-service (SaaS) business has generated significant returns for both the technology industry and its investors. Market research firm Valuates forecasts that the SaaS market, valued at $158 billion in 2020, will grow at a compound annual rate of 12% through 2026. But many SaaS companies have dramatically exceeded this rate of increase, making them investments with great potential in today's market.

Two companies that I expect will produce considerable returns for investors long-term are DigitalOcean (DOCN -1.15%) and Twilio (TWLO -1.72%). 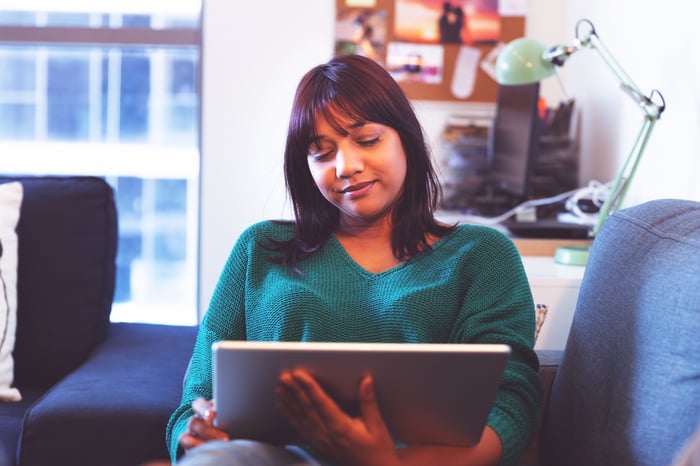 With a market cap of under $10 billion, cloud services provider DigitalOcean might seem ill-fated given that it's competing with giants such as Alphabet (GOOGL -7.68%) (GOOG -7.44%), Amazon, and Microsoft (MSFT -0.31%).

However, the massive size of those leading players and the rapid speed at which the SaaS industry has been growing has left room for smaller contenders. This allows DigitalOcean to target a market overlooked by the mega techs: small and medium-sized enterprises (SMEs). Unlike its large peers, DigitalOcean emphasizes direct, easy-to-understand offerings with straightforward pricing plans.

It offers cloud services, including a wide array of SaaS services that can meet the needs of most small businesses. And in the wake of its recent purchase of Nimbella, it is also embracing serverless computing, which allows developers to run apps, websites, and APIs without worrying about the infrastructure that supports them.

Moreover, DigitalOcean has fostered a community of developers. This allows these professionals to find and offer support to workers who might be the only IT professionals at a given business. Such services and support helped the company generate $197 million in revenue for the first half of 2021 -- a 32% increase from the same period in 2020. Additionally, by slowing the growth of expenses, it managed to turn an operating profit of $624,000 during that period. Overall the company reported a $5.5 million loss due to interest, losses on extinguishment of debt, and taxes during that period, this was a marked improvement over the $19.5 million loss for the same period in 2020.

Despite DigitalOcean's bottom-line losses, investors seem to have taken to the stock. Since its March 24 IPO, its share price has more than doubled, and the stock was trading at around $79 as of Monday's close. Consequently, its price-to-sales (P/S) ratio has shot above 18, much higher than Microsoft's sales multiple of 13 or Alphabet's P/S ratio of 8.

Such a high valuation multiple might cause concerns if the large cloud companies took a greater interest in DigitalOcean's target market. Nonetheless, the larger players could struggle to replicate the sense of community that DigitalOcean offers its clients, which bodes well for the emerging cloud company. 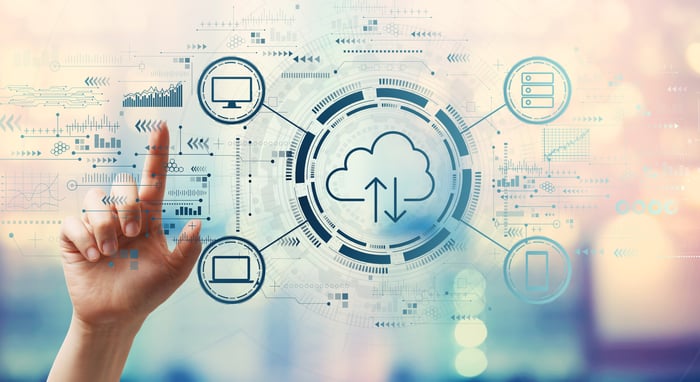 Twilio is not quite as well-known as some other SaaS majors, but chances are, you are a consumer who interacts with its software. The communications-platform-as-a-service (CPaaS) provider plays a vital role in the apps of Uber, Lyft, and Airbnb.

Admittedly, CPaaS is not exactly proprietary technology, and Twilio faces competition from the likes of Microsoft, Cisco, and Avaya. However, Twilio has a first-mover advantage in this market. And because switching from one CPaaS provider to another is a difficult transition, Twilio's clients have tended to remain loyal to its ecosystem.

The company further widened its moat by developing Twilio Flex -- a cloud contact center that clients can program to deploy where, when, and how they choose. Previously, developers had to build such systems from scratch. This improvement may explain why Flex is one of the market's fastest-growing SaaS products. With these offerings, Twilio's revenue grew by 64% year over year to $1.3 billion for the first six months of 2021.

Even with that impressive revenue growth, investors have sold off Twilio stock due to its bottom-line losses. Its expenses grew at a faster rate than its revenues, and the expenses included costs related to the extinguishment of convertible notes. This led to a loss of $434 million in the first half of the year, well above the $195 million loss reported in the first six months of 2020.

Management is also forecasting a non-GAAP loss on income from operations for Q3, which disappointed traders, especially since Twilio earned positive non-GAAP operating income in Q3 2020. Still, the forecast for revenue in the $670 million to $680 million range for Q3 would amount to an increase of about 50% year over year.

The stock has risen by approximately 350% since March 2020. With its P/S ratio of 25 near its lows for the year and the company's continuing revenue growth, Twilio could easily return to a growth trajectory over time.

Why I Bought This Promising Cloud Computing Stock
415%