Netflix has dominated streaming for a decade, but it may have competition for controlling the industry's future.

The streaming wars have been building for years as nearly every media company has built a war chest of content and launched some type of streaming service, with varying levels of success. Today, there are a number of content strategies playing out before our eyes, and the abundance of the internet has removed the constraints that made linear TV both maddening and highly profitable. The biggest challenge today is finding the best content for any given viewer.

In theory, when there are no constraints on what someone can watch, the best strategy is to give them as much content as possible, right? This is why Netflix (NFLX 0.94%) has already spent $8 billion in the first half of this year on content, with a plan to spend $17 billion by the end of the year. It's building a fire hose of content for 209 million subscribers, and that's what's made it the best streaming stock to date.

But with content abundance upon us, is more content really what we need, or will quality win the future of streaming? 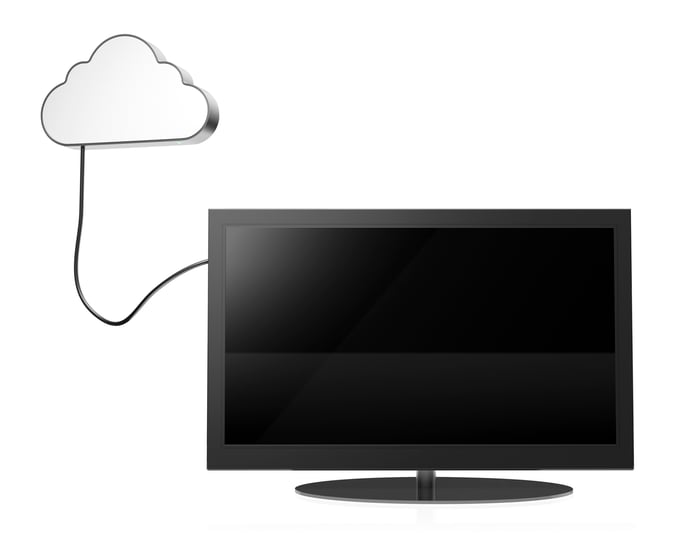 Netflix has had such a huge lead in streaming that it wasn't until recently that a competitor could really test out a different strategy -- like high-quality, curated content -- on the market. Today I would argue that two -- Disney (DIS -0.15%) and Apple (AAPL -1.38%) -- have done just that, with surprising success. Apple has the smallest content library of the major players, with only about 70 shows and movies, but it seems the strategy of acquiring star-studded, high production shows has paid off, giving the service an estimated 40 million subscribers at the end of 2020.

Disney made a big splash with Disney+, which is relatively curated compared to Netflix, choosing to focus on tent pole content from Marvel, Pixar, and Star Wars that fits with the Disney brand. And with 116 million subscribers less than two years after launch, we could see Disney+ pass Netflix in subscriber count in a few years. Given the trends at Apple and Disney, high-quality content seems to be gaining traction over bigger libraries.

On the other hand, ViacomCBS (PARA -0.77%) has 42 million streaming subscribers across Paramount+, Showtime, and other services. HBO Max, which is owned by AT&T (T 0.68%) had 12.1 million subscribers in mid-summer, 13 months after launch, and Peacock has 20 million monthly active users, although that includes a free version of the service. All three have big library catalogs but very few flashy new shows or series to attract users -- and I think it's fair to say they've all been disappointing for investors.

I think it's clear given the trends above that momentum seems to be on the side of curated, high-end streaming services. Could this be a sign that consumers don't just want more content; they want better content -- even if it means a smaller content library?

What I've noticed in the trends above is that big content libraries don't seem to be enough to attract subscribers. Sure, it's great to have hit movies from a decade ago in the library, but hit new shows are really what's going to attract users. The library may just keep them paying.

The argument for Netflix spending billions of dollars every year on content was always that content can live on Netflix forever, providing a lot of long-tail value. But Netflix has struggled to build tentpole content or big brands that it can lead on for decades, like Marvel, Pixar, Star Wars, or even Game of Thrones. The closest it's come is The Crown, which is in its final season, or Stranger Things, which will likely end after its fifth season.

Netflix may have a huge library, but is it the best library of new content? I think there's a good argument that Disney and Apple hold the quality title today, and maybe that's the direction streaming is headed in. 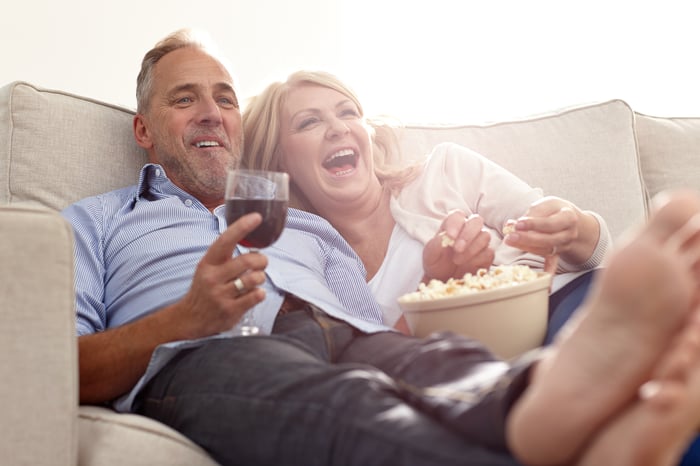 Quality vs. quantity will be the next battle in streaming

The internet may provide abundance in streaming, but there are still only 24 hours in a day that any person can consume content. And as the sheer number of titles hitting streaming grows, it becomes less likely anyone can watch even the top shows of the year.

Based on today's trends, I think we could see the next battle in streaming be over high-quality, identifiable content. Disney is clearly the leader in that strategy with its plethora of well-known and well-loved brands, and I've been surprised that Apple has been able to produce a high percentage of hits.

I don't think Netflix is in danger of losing customers to any other streaming service just because its library doesn't have as many hits. But it may not be the best incremental service for new streaming users. And that's concerning for Netflix's future growth. The content strategy differences between streaming companies may be more important than we think in the future as we learn more about consumer preferences. Maybe better content will prevail over sheer abundance in the streaming wars.