Please ensure Javascript is enabled for purposes of website accessibility
Free Article Join Over 1 Million Premium Members And Get More In-Depth Stock Guidance and Research
By Adam Levine-Weinberg - Sep 25, 2021 at 9:08AM

GE is looking for opportunities to expand its successful healthcare franchise.

Not too long ago, General Electric ( GE -2.10% ) had a penchant for making big acquisitions. But the storied conglomerate fell on hard times a few years back as profit and cash flow from its power business plunged and its insurance liabilities ballooned. This forced GE to change course and begin selling off pieces of the business in order to repair its balance sheet.

Fortunately, GE has made significant progress on those repairs, enabling it to start playing offense again (albeit in a small way). On Thursday, the company announced its biggest acquisition in over four years, as its healthcare division plans to buy BK Medical from Altaris Capital Partners.

GE's balance sheet has improved dramatically since the end of 2017. At that time, the company had gross debt of $134.6 billion, along with substantial pension and insurance obligations. By the middle of 2021, it had reduced gross debt to $63.5 billion. GE is also getting a better handle on its non-debt obligations.

Earlier this year, GE reached a deal to sell its aircraft leasing business to AerCap for $31 billion, with about 80% of the purchase price to be paid in cash. That transaction, along with other smaller asset sales and internally generated free cash flow, will allow the company to take another big step in debt reduction. 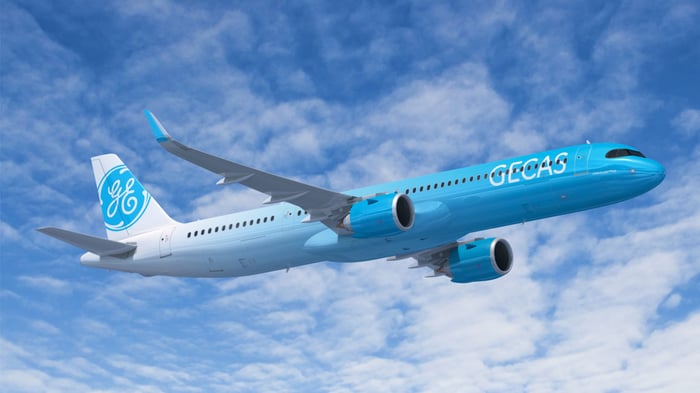 Even after completing these moves, GE's leverage ratio will be too high. However, that's mostly because the pandemic has temporarily depressed the earnings of its aviation segment, which is normally its biggest profit driver. As the aviation business recovers over the next couple of years and GE continues using excess cash flow to reduce net debt, leverage should naturally improve to investment-grade levels.

Building out the healthcare segment

Thus, GE has reached the point in its restructuring where it can reasonably consider making acquisitions. So far, it has focused on expanding its healthcare business, which has been its best-performing division since the pandemic hit.

Late last year, GE Healthcare bought Prismatic Sensors, a start-up that specialized in photon-counting detectors, which increase the accuracy of CT scans. And in May, it bought Zionexa, a three-year-old company specializing in oncology and neurology biomarkers. These were both very small acquisitions; so small, that GE did not disclose a purchase price for either one.

This week, the company made a bigger move, announcing that it agreed to acquire BK Medical for $1.45 billion. BK Medical specializes in advanced surgical visualization, using ultrasound to assist minimally invasive and robotic surgeries. GE said that BK Medical, which has more than 650 employees, has been generating double-digit revenue growth. Combining BK Medical with GE's sales team and its broader ultrasound portfolio could accelerate that growth rate. The acquisition is slated to close next year, and management expects a high-single-digit return on invested capital within five years.

The right kind of acquisition for GE

The BK Medical deal represents GE's biggest acquisition since it combined its oil and gas business with Baker Hughes in 2017. But it's still a relatively small deal to add an incremental capability to the industrial conglomerate's existing healthcare business. That contrasts to the massive acquisitions that GE previously used to drive growth.

Focusing on small acquisitions is a sensible strategy for GE at this point. It has huge untapped earnings potential throughout the company today. It needs to finish restructuring its power and renewables units to boost their profitability. It also needs to scale up production of its enormous Haliade-X turbines to build up its offshore wind-power business. Finally, GE is waiting for the air travel market to recover further to get its aviation business back to full strength.

For each of these business units, making acquisitions could potentially disrupt GE's turnaround progress. The one segment that has been firing on all cylinders recently is GE Healthcare. Small acquisitions can help that business maintain its growth momentum over the next few years.