Shares of GameStop (GME -4.83%) were rising over 2% in morning trading Monday despite a Wall Street analyst reiterating his sell recommendation and cutting his price target to $24 per share, or almost 90% below where the video game retailer's stock closed on Friday. As of 11:14 a.m. EDT, the stock was up 2.88%.

Since the analyst's previous price target was $25 per share, the change is not all that significant and makes you wonder why he bothered in the first place. 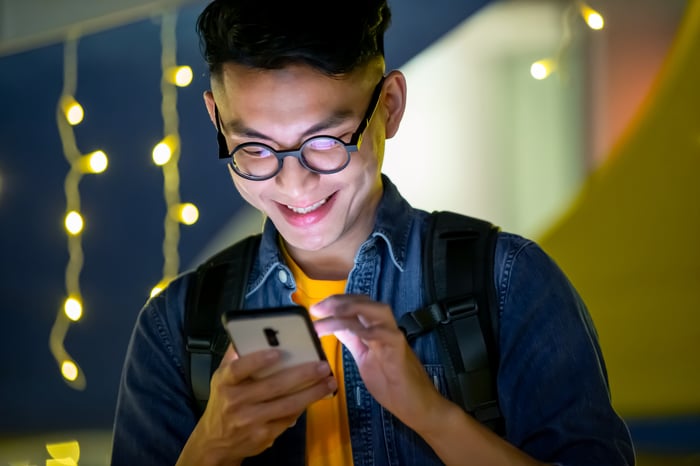 Ascendiant Capital Markets analyst Edward Woo says the $185-per-share price level GameStop is currently trading at is wholly related to its popularity in internet chat rooms and not on the fundamentals of the business. Instead, the stock moves "on retail investors' sentiment, hope, momentum, and the powers of crowds," he told investors in a research note.

However, he believes the hoopla surrounding GameStop will evaporate over the coming year and the stock will eventually return to earth.

Just like the so-called runner's high kicking in, the mania of crowds that are driving the valuations of GameStop, AMC Entertainment, and other favored meme stocks of the moment is hard to combat. Woo's argument, though, is that GameStop's business is weak, as attested by its recent earnings report, and the outlook for the immediate future isn't much rosier.

Certainly management has been tight-lipped about how it actually plans to reimagine the company as a digitally focused business that's more than just about trading in old video game physical media, but its prior model was working in the new age of gaming and many investors are betting the video game stock will successfully shift its business model to match up with the online world.