That acquisition would have diversified Baidu's business beyond its core online marketing business, which generated 65% of its revenue in the first half of 2021. It would also give it a foothold in China's massive live streaming market. It would also have enabled JOYY to exit the Chinese market and focus on expanding its higher-growth short video and streaming apps overseas. 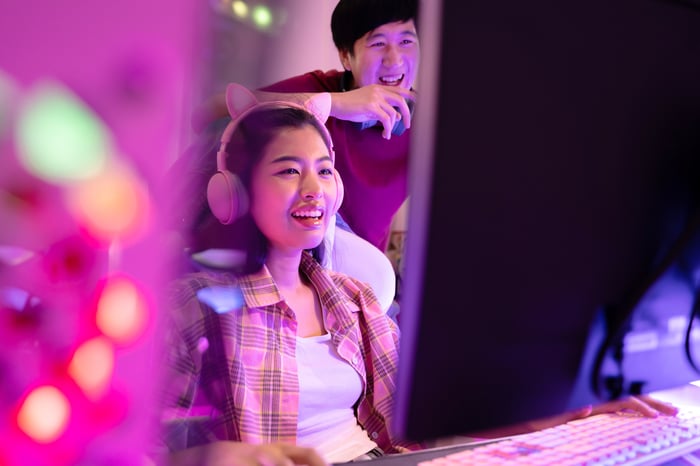 However, a recent Reuters report suggests that China's State Administration for Market Regulation (SAMR) will likely block the deal due to YY Live's gaming-related content.

The SAMR reportedly believes that greenlighting the deal would contradict its recent actions against the gaming industry, which include tighter playtime restrictions for minors and the temporary suspension of approvals for new online games. The SAMR also blocked Tencent's (TCEHY -1.95%) attempted merger of Huya and DouYu, China's two largest video game streaming platforms, back in July.

Baidu and JOYY haven't made any official announcements regarding the planned deal yet, but let's see what its failure could mean for both companies.

Why did Baidu want to buy YY Live?

Baidu is trying to counter these headwinds by expanding its mobile app, which served 580 million monthly active users (MAUs) last quarter, with its own Mini Programs. It's offering more Managed Page services (which allow Baidu to maintain a company's website) to reduce its dependence on display ads, it's expanding its cloud business, and it's investing in newer markets like AI services and driverless cars.

Buying YY Live, which served 4.25 million paid users at the end of 2020, could further diversify Baidu's business with sales of virtual gifts for broadcasters and subscriptions to premium channels. The $3.6 billion offer is a high price to pay for that diversification (about $847 per paid user), but Baidu likely believes YY will gain more paying users after being integrated into its mobile app and its streaming video platform iQiyi.

Why did JOYY want to sell YY Live?

Meanwhile, JOYY has been trying to leave China ever since it bought Bigo, a Singapore-based company that owns the Bigo Live streaming app and Likee short video app, for $1.45 billion in 2019. It subsequently changed its name from YY to JOYY to reflect its decreased dependence on YY Live.

JOYY sold its controlling stake in Huya to Tencent last year, then agreed to sell YY Live to Baidu. It's easy to see why JOYY wanted to sell YY Live: Its number of paid subscribers declined throughout the COVID-19 crisis, it faces intense competition from similar live-streaming platforms, and it remains an easy target for government censors and regulators.

It's also easy to see why JOYY wanted to reinvent itself as an overseas company. Bigo's two main apps, which operate outside of China, host more users and are growing much faster than YY Live. Unfortunately, JOYY's status as a Chinese company caused those apps to be banned in India, one of its fastest-growing markets, amid a diplomatic dispute between the two countries over the past year.

In late August, Reuters claimed JOYY might take itself private, presumably because regulatory threats in China and the U.S. were spooking investors and weighing down its stock. JOYY said it hadn't received any "formal" takeover offers yet, but a privatization deal might enable the company to relocate its headquarters to Singapore and relist its shares on another Asian exchange.

Unfortunately, JOYY's planned exit from China hinges on the SAMR approving its sale of YY Live to Baidu. If this deal collapses, it will need to find new ways to divest the business, reduce its exposure to the video game streaming market, relaunch it overseas, or double down on its growth in China.

Bad news for both companies

The collapse of this deal could wound both companies, but it would arguably hurt JOYY a lot more than Baidu. Both stocks have declined roughly 30% this year as China cracked down on its top tech companies, and the derailment of this deal would suggest that the bleeding won't stop anytime soon.