Verizon's 5G rollout is laying the groundwork for a promising new source of revenue.

Since it currently trades at around 11 times earnings, Verizon (VZ -0.39%) stands out as the type of value stock that appeals to the famously value-oriented Warren Buffett. And it is a big Berkshire Hathaway (BRK.A 0.07%) (BRK.B 0.10%) holding. Some other market-watchers might take the view that it's cheap for a reason, considering the company's long stretch of tepid profit and stock price growth.

However, the deployment of its 5G network and the new opportunities for growth that it brings may upgrade Verizon's value proposition. Sometime in the not-too-distant future, investors may look back on today's prices for this 5G stock as a bargain that they wish they had taken advantage of. 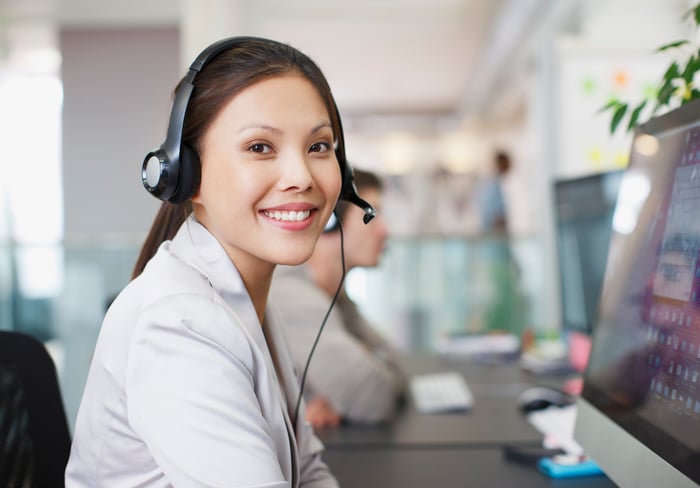 As many know, Verizon, AT&T (T -0.89%), and T-Mobile (TMUS 0.40%) now operate as a 5G oligopoly in the U.S. Given the tens of billions of dollars these companies invest every year in capital expenditures to support their positions in the telecom market, additional competitors are not likely to emerge. Still, the emerging competitive threat of T-Mobile had in past years squeezed Verizon's profit margins, dampening its appeal for investors.

Nonetheless, Verizon has led the way in creating a new business line that wasn't an option in the 4G world: network-as-a-service (NaaS). The company describes NaaS as a digital-first subscription service that links data and applications to both private clouds and data centers. Instead of merely connecting smartphones, PCs, and communications networks, Verizon will soon connect everything from remote sensors to self-driving cars to digital platforms. On its first-quarter 2021 earnings call, Verizon announced that it had already inked 5G-powered partnerships with companies such as Honda to connect autonomous vehicles, and SAP and Deloitte to link retail edge computing platforms.

Admittedly, AT&T and T-Mobile have also moved into this business. However, Verizon was the only company to discuss a NaaS strategy on its second-quarter 2021 earnings call. Moreover, Verizon spent $53 billion in a recent FCC auction on C-band spectrum. That dramatically outpaced the $23 billion that AT&T laid out or the $9 billion T-Mobile spent.

In contrast to past years, Verizon has begun to gain significant traction financially. For the first six months of 2021, its revenue increased 7% year over year to almost $67 billion. This resulted in just over $11 billion in net income, up 24% over the prior-year period. Verizon limited expense growth to 5%, and a $1.3 billion pension reimbursement gain helped compensate for income taxes that rose by approximately $800 million.

Also, the strength and growth of the payout make this Buffett stock perfect for dividend investors. In the latest quarter, Verizon's board increased the dividend to an annual rate of $2.56 per share, its 15th consecutive annual increase. Consequently, the payout offers a 4.7% yield for new investors at the current share price. Moreover, with $11.7 billion in free cash flow generated in the first half of the year, the company was easily able to cover its $5.2 billion in dividends costs during the period. In short, Verizon's payout is easily sustainable.

Nonetheless, the value proposition may not excite growth investors. The stock sells at approximately the same price as it did a year ago, and is down 8% year to date. Additionally, the aforementioned 11 P/E ratio is only modestly lower than the 14 multiple it sported at the beginning of the year, though it comes in well below T-Mobile's P/E ratio of 41.

Which investors should consider Verizon?

While Verizon remains a clear winner for income-oriented investors, growth investors should also consider buying this stock. Competition from T-Mobile has long squeezed this entire industry, and the stock's underwhelming performance in recent months could deter some prospective buyers.

However, its 11 P/E ratio does not appear to price in the new and likely lucrative NaaS business. Moreover, that low multiple along with the generous and growing dividend may explain why Buffett and other investors will probably wait for the telecom stock's price to catch up to Verizon's value proposition.