Please ensure Javascript is enabled for purposes of website accessibility
Log In Help Join The Motley Fool
Free Article Join Over 1 Million Premium Members And Get More In-Depth Stock Guidance and Research
By Neil Patel – Sep 30, 2021 at 9:49AM

These key facts will give shareholders even more confidence in the business.

Netflix (NFLX -2.04%) has been one of the best stocks to own over the past decade, skyrocketing more than 3,000% since September 2011. The streaming entertainment company has clearly been doing many things right, and investors who got in early have been appropriately rewarded. But there might be some important data points that you aren't familiar with when it comes to this large-cap company.

Here are five things you need to know about Netflix. 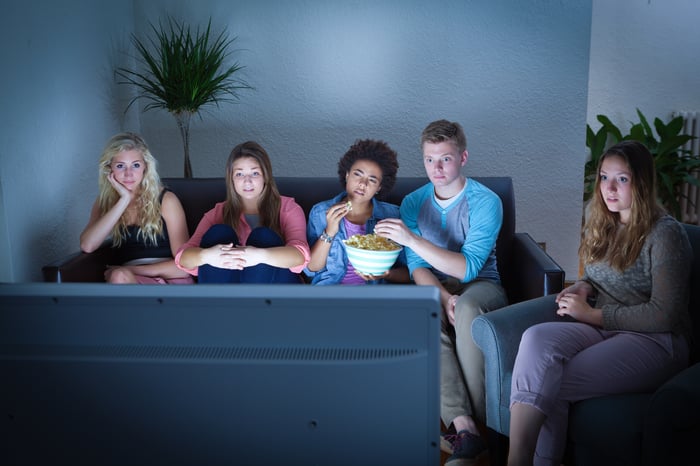 1. The subscriber count is massive

As of June 30, Netflix counted 209 million subscribers worldwide, putting it ahead of any other streaming service. The business was the first mover in the streaming space, giving it a head start against traditional cable companies that didn't take it seriously at first. Today, a plethora of options are on the market for viewers, but they might be too late to the party.

These customers helped Netflix generate $27.6 billion in sales over the trailing-12-month period. And during the first six months of 2021, nearly all of the company's new subscribers came from outside the U.S. and Canada. It is increasingly relying on international markets to boost growth, and it's succeeding so far. Expect the membership count to continue climbing over time.

For the full year of 2021, Netflix is expected to spend $17 billion on content. Being able to outspend rivals is one of its main competitive advantages, as the previously mentioned 209 million subscribers make it more economical on a per-member basis. In the three-year period from 2018 through 2020, the company allocated a whopping $38.7 billion of cash to bolster its offering of shows, movies, and documentaries.

And Netflix's content is really good. At the 2021 Emmy presentations, the company snagged an incredible 44 awards, highlighted by the monster success of the hit series The Crown and The Queen's Gambit. This tied a record held since 1974. It's no wonder the business is able to consistently increase prices over time, while still expanding its customer base. Creating a large collection of exclusive, high-quality content will lend robust pricing power to a media company like Netflix.

Probably the most popular argument for Netflix bears centers on when the company will ever begin generating positive cash flow. Well, in the fourth-quarter 2020 shareholder letter, management mentioned that it will sustainably start producing free cash flow sometime after breaking even this year. Additionally, the business no longer needs to raise external financing for its day-to-day operations.

Even more remarkably, Netflix authorized $5 billion of share repurchases earlier this year, of which $500 million was used during the second quarter. As you can see, the company is turning the corner and is well on its way to becoming a cash cow.

4. The business model has demonstrated its optionality

In order to further enhance its value proposition to subscribers, Netflix is entering the video game market. By hiring former Facebook and Electronic Arts executive Mike Verdu, the company will offer the mobile-only service at no extra cost as part of its streaming-video subscription.

And to drive a deeper connection with its most loyal fans, Netflix recently launched netflix.shop, an e-commerce site selling unique apparel and lifestyle products inspired by certain shows and movies on the platform.

These initiatives display the company's ability to continuously increase engagement with its users.

5. The company is still founder-led

Reed Hastings, one of the founders, is still very much involved today as co-CEO. And Ted Sarandos, the other co-CEO, has been with the company since 2000, just three years after its founding. Having leaders like these who have been with Netflix since or near the beginning helps the business stay focused on its overarching mission to entertain the world.

Hastings, both directly and indirectly (via his family trust), owns about 2.9% of the company's outstanding shares. That holding is valued at approximately $7.5 billion today. Hastings' considerable skin in the game ensures that shareholder interests are aligned with management's, which explains why the stock has done tremendously well over time.

As these five crucial pieces of information prove, Netflix is an outstanding investment.