The metaverse pioneer is at a crucial turning point in its business trajectory as economies reopen.

Roblox (RBLX -8.09%) is pioneering the metaverse, an area where individuals can interact with each other and the environment virtually. So far, the company has built its success mostly with kids aged 9 through 12. That doesn't mean the company is relegated to serving that market exclusively.

The coronavirus pandemic accelerated Robolox's growth as kids were forced to spend a lot more time at home. As a result, kids were looking for ways to entertain themselves and interact with friends. The company has proven its utility with its popularity and rapid growth in users and engagement, but does that make Roblox stock a buy? 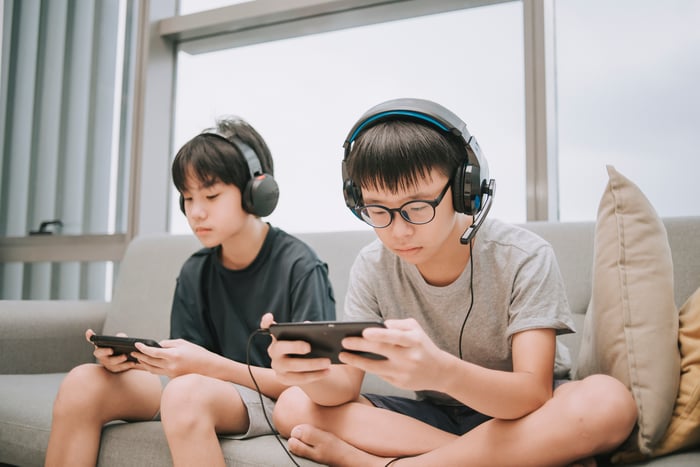 Interestingly, the Roblox app is free to join. Players can sign up and enjoy the multitude of free activities available on the platform. Roblox boasts 48.2 million daily active users, up 32% from August of last year and up 5% from the month before. The company is impressively holding on to the surge of players that signed up in the early parts of the pandemic. There was a worry from investors that as economies reopened and kids returned to classrooms, Roblox would shed some users. That has not been the case so far.

If it's free to sign up, how does Roblox make money? The company sells an in-game currency called Robux. While many activities on the platform are free, some require players to spend Robux to gain access. In its most recent quarter ended June 30, the company earned revenue of $454 million, up 127% from the same quarter last year.

Most importantly, the company is earning that revenue in a cash accretive manner. Cash provided through operations increased to $196 million in the most recent quarter. Robust cash flow generation is embedded in the company's business model. Users deposit money to buy Robux, which they use to purchase items and experiences over time. Roblox pays developers of those products only when players use them. Outside developers take on the risk of time and resources to build out user experiences and only make money if Roblox players enjoy those products.

Roblox has had the metaverse category primarily to itself up until now. However, that's all changing as Facebook (META -0.86%) announced its intent to join the category. Considering the massive size of Facebook and the resources it can bring to the industry, it has the potential to cause headwinds at Roblox.

That being said, Facebook may have difficulty gaining traction, given its poor reputation for controlling user-generated content on its platforms.

Roblox is trading at a price-to-free cash flow ratio of 65.69, down from 96 earlier in the year. The drop is in response to investor nervousness about how the company evolves through economic reopenings and the long-term threat of Facebook's entry into the metaverse. 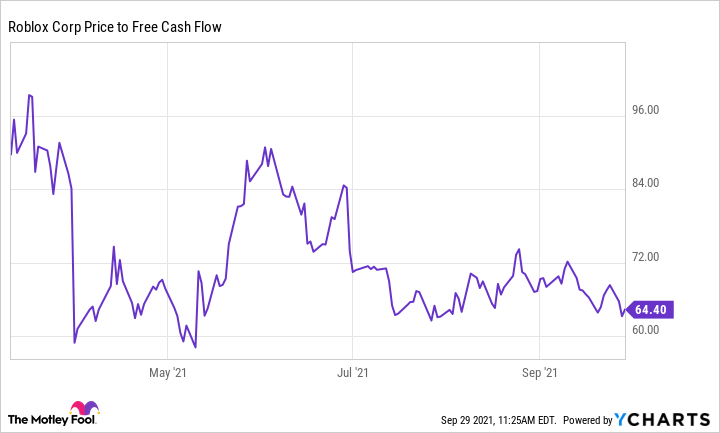 Roblox has proven that consumers enjoy spending time in the metaverse and that it can deliver that experience in a way that produces strong cash flows. The risks are apparent, but there is also the potential for excellent returns to make those risks worthwhile. And investors can reduce the competitive threats of owning Roblox to some degree by also owning Facebook stock. Either with or without Facebook, investors can consider buying Roblox stock at these prices.