Inflation is rising again, and so are Treasury bill yields. That's bad news for some businesses, but it's great news for banks -- and these two look like good investment opportunities.

As yields on longer-term Treasury bills climb and fears of higher inflation creep into the minds of investors, share prices in several popular sectors are coming under pressure. When bond yields rise, it can take some of the wind out of growth and tech stocks because their future cash flows become less valuable. Further, higher bond yields offer investors a way to earn more from safer assets. That raises the expectations on stocks, for which the bar was already set pretty high.

In contrast, businesses in some sectors benefit when bond yields grow. Bank stocks tend to move higher as the yield on the 10-year Treasury rises because the interest rates on many of their loans are linked to that benchmark (and to other, longer-term bond yields that tend to move in sync with it).

These two bank stocks should greatly benefit from rising bond yields and should also be able to do well with some inflation. And as a bonus, they also have dividend yields now that are significantly higher than the average among S&P 500 stocks. 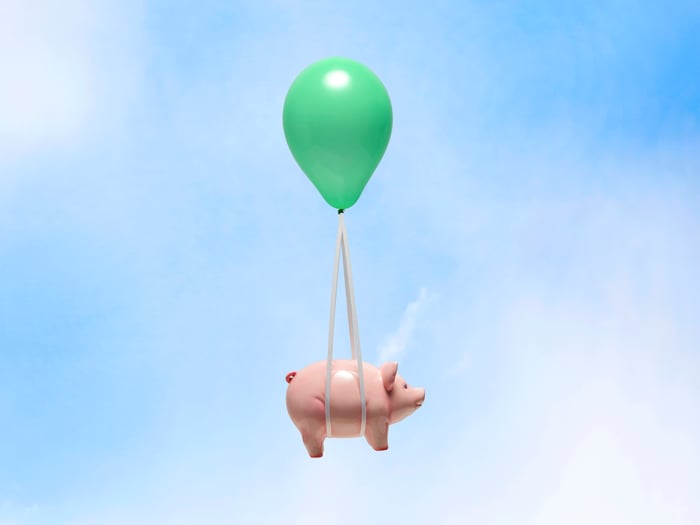 The nearly $88 billion asset Comerica (CMA -0.35%) is likely cheering as longer-term yields rise because that trend is incredibly beneficial to its bottom line. The Dallas-based bank said in its second-quarter regulatory filing that a 1% rise in the federal funds rate -- what the Federal Reserve charges banks for overnight loans -- would result in a 10% increase in its net interest income over the next year. Now, the Fed has not raised the fed funds rate -- yet -- since dropping it to essentially zero at the start of the pandemic. However, a bank that is that sensitive to short-term rates will benefit from a rise in longer-term rates as well.

That's because Comerica has a really strong deposit base, and nearly $39 billion of its deposits -- more than half -- are non-interest-bearing, meaning they cost the bank no interest to maintain. Ideally, these deposits are stickier -- its account holders should largely be expected to stay with Comerica even as interest rates rise and the war for deposits intensifies. We also know that the large majority of the bank's loan book, which is heavy on commercial loans, is tied to floating interest rates. Therefore, its profits on those loans will increase when rates rise.

When banks can contain the amount of interest they pay out and increase the interest rates they collect on loans, they naturally make more money. And with a $0.68 quarterly dividend at a share price of $80.50 at Thursday's close, Comerica currently comes with a nice 3.3% dividend yield that investors can collect while they wait for those rising profits to arrive.

Citizens Financial Group (CFG 0.20%) will also benefit as inflation intensifies and long-term bond yields head upward. In its second-quarter regulatory filing, the Rhode Island-based bank asserted that if the Federal Reserve were to rapidly raise the fed funds rate by 1%, it would realize an additional 11.3% of net interest income over the next year. If the fed funds rate were to rise by 1% on a more gradual basis -- a more likely scenario -- the $185 billion asset bank would still realize an additional 5.4% of net interest income.

More than half of Citizens' loan book is tied up in variable-rate loans, and the bank continues to bring down its deposit costs. Further, its planned acquisition of 80 HSBC branches in the U.S. will come with $9 billion of very cheap deposits. And like Comerica, Citizens' dividend at current share prices yields close to 3.3%.

4 Bank Stocks That Could Be Acquisition Candidates in 2021