The language app company, which just had its IPO in July, saw its shares rise more than $75 in the month.

Shares of language app Duolingo (DUOL -2.70%) rose 28.4% in September, according to according to data from S&P Global Market Intelligence. The stock opened at $130 a share on Sept. 1 and closed at $166.36 on Sept. 30. The highest the stock rose was to $205 on Sept. 22. That's a great month, considering a lot of stocks took a beating in September, as reflected by drops for the month in the Dow Jones Industrial Average (DJINDICES:DJI), S&P 500 (SNPINDEX:GSPC), and Nasdaq Composite (NASDAQINDEX: IXIC).

The reason Duolingo was able to swim successfully against the market tide last month is it had a successful initial public offering (IPO) on July 28 and followed that up with a promising second-quarter report at the end of August. The biggest news out of the report was that Duolingo is still seeing growth, even compared with the same quarter last year, when COVID-related lockdowns left a lot of people at home with time to learn a new language. 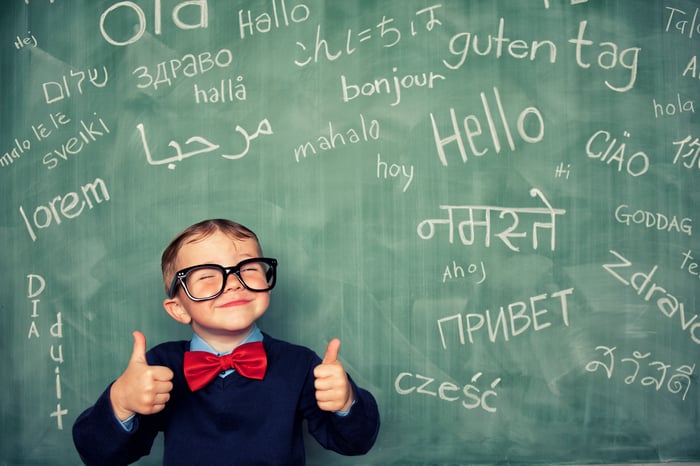 Something else that may have helped Duolingo was that competitor Babbel's IPO was withdrawn, as the company cited adverse market conditions.

There's still plenty of growth in language learning, with Duolingo citing research that puts the compound annual growth rate for online language learning at 25.4% between 2019 and 2025. The company set financial guidance to have full-year 2021 revenue between $236 and $242 million, which would represent 46% to 50% growth over the prior year.

However, Duolingo's focus will be to add more paid subscribers and to grow its business beyond language learning. The biggest concern is Duolingo hasn't shown yet it has the capability to expand into other subjects besides languages and that its game-like approach to learning will work to teach math or other subjects.

There is also some concern that Duolingo's share price may be getting ahead of itself. The company's price-to-sales ratio is 29.04, which seems a bit high considering Duolingo's growth.