Add the solar industry to the list of those suffering from the semiconductor supply shortage.

It wasn't any specific news coming out of the company's headquarters that inspired the stock's sell-off last month. Instead, concerns about the global semiconductor shortage and its impact on the microinverter company seemed to trouble investors, motivating them to exit their positions. 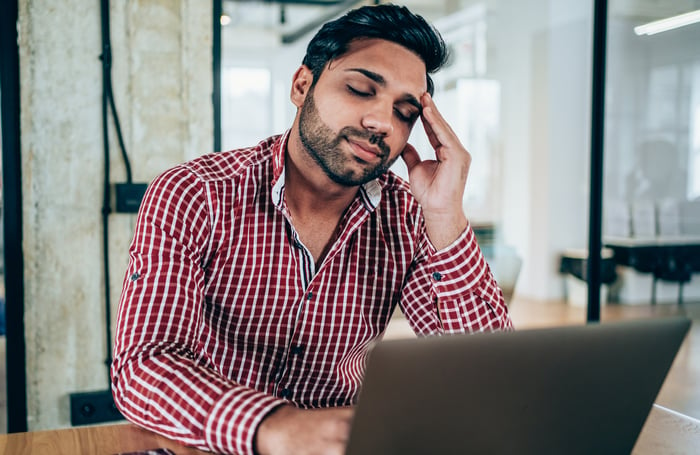 The global semiconductor shortage is affecting numerous industries, and the solar industry is no exception. Investors are familiar with the impact on Enphase Energy as the company's CEO, Badri Kothandaraman, addressed the issue on the company's Q2 2021 conference call in July. Kothandaraman said that the company expected to add another semiconductor supplier in the third quarter to alleviate the supply crunch. The  concern is likely weighing heavily on investors' minds. On the July call, for example, Kothandaraman said that although he expects to add the new supplier, "Still, the semi-supply chain is stressed, though, which is why I cannot meet all my demand." With the company failing to make an announcement, however, investors, may have speculated that the company failed to add the new supplier. Additionally, they may be worried that the company will fail to achieve its Q3 guidance of $335 million to $355 million.

Investors' concerns about a hit to the top line are not an overreaction. One of the company's solar peers, SMA Solar Technology, announced in early September that it was downwardly revising its 2021 sales forecast due to "the undersupply of electronic components currently affecting the entire electronics industry." Whereas the company had originally expected to book sales of $1.13 billion euros, it now forecasts revenue of 980 million euros to $1.03 billion euros.

In contrast to the pessimism that Main Street showed toward Enphase Energy last month, Wall Street repeatedly expressed a positive outlook on the stock. Two weeks ago, Piper Sandler reiterated an overweight rating and $206 price target, according to Thefly.com, and a few days later, KeyBanc initiated coverage on the stock with an overweight rating and a $179 price target.

Enphase has emerged as a leader in microinverter solutions for the residential solar market, and its expansion into energy storage is another indicator that this stock demands serious attention from investors interested in renewable energy stocks. The semiconductor shortage may pressure the company in the short-term, but investors with a multi-year investing horizon will find that Enphase is a stock that is worth warming up to.