A game-changing pill from Rani Therapeutics may offer an easier alternative to fight debilitating diseases.

There's a good chance that someone you know (if not you personally) has a fear of syringes or injections. An estimated 50 million Americans share that fear, and a 2019 article published in the Journal of Advanced Nursing showed that 20% to 30% of all people between the ages of 20 and 40 are afflicted by it.

For those who live with that fear, along with diseases such as arthritis, osteoporosis, Crohn's disease, and diabetes, help might be on the way. Rani Therapeutics Holdings (RANI -2.90%), which specializes in orally administered biologics, is developing an encouraging first-of-its-kind solution to deliver drug treatments without injection. And its recent IPO offers investors an opportunity to get in on the action. 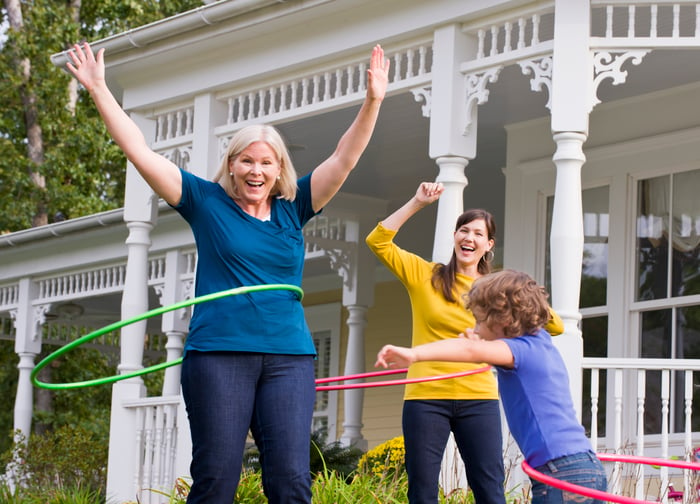 Rani announced its first human study related to its RaniPill in February 2019. The patented platform technology is designed to deliver the same drugs that are currently administered by intravenous (IV) injection, but via a "robot" pill with an automated-release function. The pill has a coating that, when swallowed, allows it to travel through the stomach and into the small intestine without the breakdown that can be caused by the stomach's acids and enzymes.

Once within the wall of the intestine, it creates a buildup of carbon dioxide resulting in a ballooning mechanism that triggers a microneedle to release an exact drug dosage into the body for absorption, prior to the microneedle dissolving on its own.

The best news for those who hate needles is that trial participants reported no pain associated with the process. The ease of use allows for a painless drug delivery, improved compliance with a dosing schedule, and a perceived better quality of life. The company also states that added benefits of the RaniPill include minimal travel time to clinics, lesser anxiety than experienced with injections, and lowered costs associated with travel to and from clinics.

In 2019, human clinical trials were initiated in Australia. They involved 58 participants, with 52 of them treated with the RaniPill -- delivering octreotide as a way to treat certain cancers and growth disorders. The other six subjects in the trial group were given an IV injection.

The company reported that the drug was administered effectively, achieving a bioavailability rate (the proportion of the drug that enters the circulation) of 70%, similar to that of standard subcutaneous injections. The concluding results demonstrated that the RaniPill trial met its primary and secondary endpoints, opening the door for future clinical trials.

Future trials will require more money. On July 30, Rani began selling shares on the Nasdaq exchange. The company raised $73 million in its IPO, which will be used for further clinical trials to support the effectiveness of the RaniPill. The opening price of $11 per share fell short of its originally planned $14 to $16, but the stock price has gradually climbed to an average of $18 over the past few weeks.

The company plans to initiate two new phase 1 studies in 2022 using the pill to deliver human growth hormone and drugs treating osteoporosis. Once those are initiated, the company plans to follow up with studies to deliver the remaining drugs in its pipeline in 2023, including a focus on arthritis and diabetes.

Ultimately, Rani intends to prove the viability of its pill as a way to administer many kinds of drugs that are specific to many different courses of treatment. In order to do so, it is looking to obtain an Investigational Device Exemption (IDE) from the U.S. Food and Drug Administration (FDA), allowing it to test the pill for efficacy and safety in recurring dosage delivery. An IDE approval does not allow for commercialization of the end product, but does allow for additional studies in line with meeting the company's goal of bringing the RaniPill to market in the next few years. The IDE submission is expected to take place later this year or in early 2022.

Cash is king when losses are mounting

Helping support the company's plans to apply for an IDE and to continue with clinical studies through 2023 is a cash balance of $69.3 million as of June 30, in addition to the funds generated by the IPO. The company expects this to be sufficient to fund expenses through the end of 2023.

As is the case with many promising biotech companies in early growth stages, the company is not yet profitable. Second-quarter results showed research and development costs as well as selling, general, and administrative expenses increasing year over year, contributing to a net loss of $5.5 million compared to a loss of $2.7 million for the same quarter last year. The net loss equates to $0.12 per share, but investors can still take solace in the fact that those numbers beat Wall Street estimates by 33%, coming in $0.06 better than the expected $0.18 loss per share.

All things considered, analysts are bullish on Rani. The average 12-month price target is $25 per share, with a high of $29. That high target represents a potential 60% gain over the current $18 share price. As Rani carries out new clinical trials in 2022, the data should provide a better sense of the future for bringing a transformational product to market.

There's not enough evidence just yet

For prospective investors, it's exciting to know that regardless of the disease being treated or the drug being administered, if the RaniPill continues its success and finds its way to an FDA approval for commercial sales, licensing deals from big pharma companies could have the potential to generate billions of dollars in revenue.

On the flip side, it's still early, and if subsequent trials expose weaknesses in the product or lead to time delays, the company could face a lack of funds or possible dilution of shares in order to generate more cash reserves. This early in the game, I'll take the wait-and-see approach while keeping Rani on my radar along with these other promising biotechs.