It has had an incredible year. Could it help make you rich?

Cryptocurrency has taken the investing world by storm over the past year, and Ethereum (ETH -1.39%) has established itself as one of the leaders in the crypto space.

Ethereum is a powerhouse in the blockchain industry, and its native token Ether is the second most-popular cryptocurrency behind Bitcoin. But all cryptocurrencies have experienced waves of volatility, which shows no signs of slowing down anytime soon.

Early investors who have held their crypto investments for years have been rewarded this year as Ethereum's price skyrocketed. But can you still become a millionaire by investing now? Here's what you need to know. 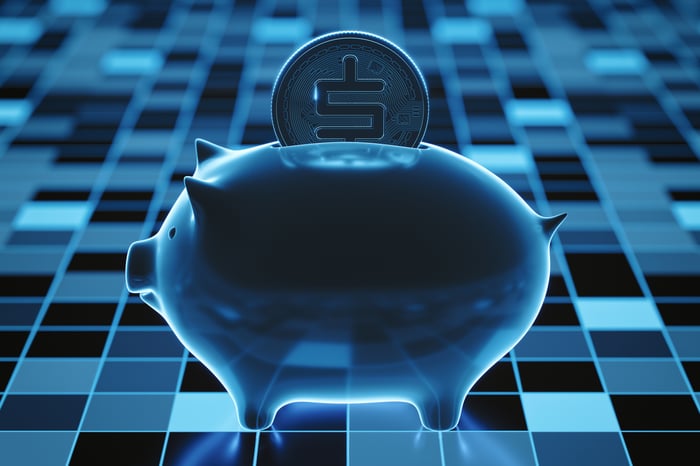 Will the price of Ethereum continue surging?

Although Ethereum had a rough September (experiencing one of its worst months since June), its price is still up by roughly 890% over the past 12 months. By comparison, Bitcoin has "only" increased by around 358% in that same time frame.

Despite its recent volatility, Ethereum does have a promising future. The Ethereum blockchain is home to a wide variety of projects, including non-fungible tokens (NFTs) and decentralized finance. It also hosts smart contracts, which allow two parties to execute secure legal transactions without a lawyer acting as an intermediary.

That said, cryptocurrency and blockchain technology are still relatively new, and Ethereum has been experiencing some growing pains. Recently, a bug caused its blockchain to split in two, which could have exposed it to an attack. While developers resolved the issue quickly, it highlights the fact that this technology is still in its early stages and is far from perfect.

There has also been a rise in "Ethereum killer" cryptocurrencies that aim to take advantage of Ethereum's weaknesses. Cryptocurrencies like Cardano and Solana boast many of the same advantages as Ethereum, but they also have faster transaction times and are less expensive.

Is Ethereum still a good investment?

Although it's experiencing heat from the competition, Ethereum still has a first-mover advantage in the crypto space. It has more name recognition than many smaller and newer cryptocurrencies, and despite its bugs, it's still one of the most widely used blockchain technologies.

When it comes to how Ethereum will perform in the future, however, it's still up in the air. Cryptocurrency, in general, is still highly speculative, and nobody knows for certain whether it will eventually become widely accepted.

Ethereum's blockchain applications, such as smart contracts and decentralized finance, are also still speculative at this point. While they do have the potential to revolutionize society, it's uncertain whether they'll ever become widely adopted.

For these reasons, Ethereum is a risky investment right now. While it could be revolutionary and make you a lot of money someday, there are no guarantees that it will succeed over the long run. This doesn't mean it's a bad investment, but you should only invest in Ethereum if you believe in its long-term potential, and are willing to ride the inevitable roller coaster of ups and downs as it continues to find its footing.

Although it's possible to become a millionaire by investing in Ethereum, there are never any guarantees when it comes to cryptocurrency. It has plenty of advantages, but it's not perfect. If you do invest, make sure you're willing to hold your investments for the long term despite volatility. If Ethereum does succeed, you'll reap the rewards down the road.