The company is building out its products in the U.S. and internationally, but that wasn't enough to buck market volatility.

Shares of Square (SQ -1.43%) pulled back 10.5% in September, according to data provided by S&P Global Market Intelligence. I believe the drop can be attributed to general market volatility; the S&P 500 was down almost 5% for the month. I don't believe the drop resulted from a problem with the business because everything Square announced in September was positive.

During September, Square didn't update financial results but it did make some product announcements. For example, the company made progress in its international expansion plans. On Sept. 16 it announced small businesses in Spain could get early access to its suite of products launching there. And on Sept. 21 it announced it had officially launched in France following success with an early access program like the one it has in Spain. 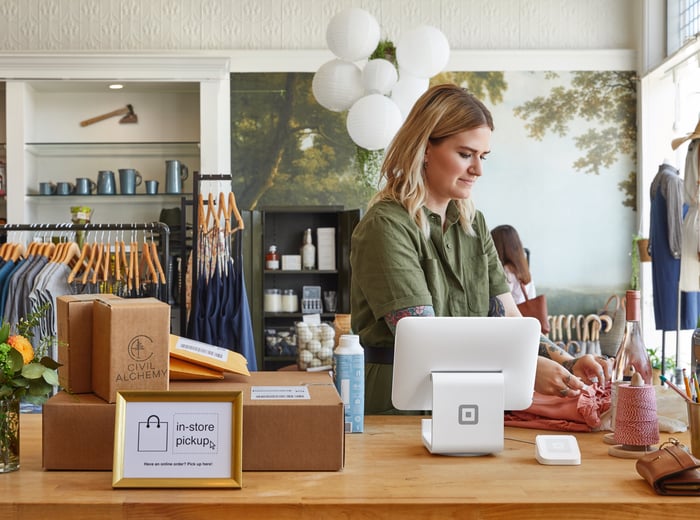 Outside of Europe, Square is hopping on consumer trends in Canada. A Square survey reports that 80% of Canadians are committed to buying from local merchants more frequently and 72% believe cashless solutions are important going forward. To help empower small local businesses to offer these cashless transactions, the company launched Square Register on Sept. 8. Register isn't a piece of hardware only. The company's solutions also include software to help manage these digital transactions.

Square also made an announcement for its U.S. business in September. The company has partnered with popular social media app TikTok, allowing creators to merge their TikTok accounts with an online Square store. As a result, TikTok content creators can conveniently drive traffic from their videos to their online stores. 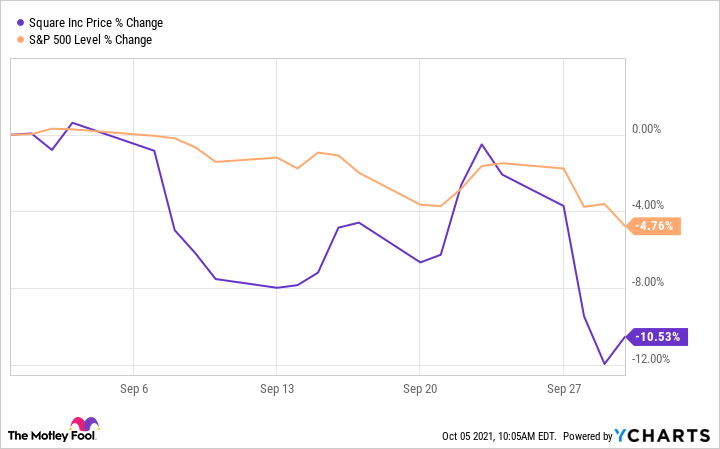 September returns for Square stock compared to the S&P 500. SQ data by YCharts

Of course, the most important thing is not how much shares of Square have fallen. Rather, the most important thing is what Square's business will do over the next three, five, or 10 years. Generally speaking, I believe that financial technology will only become more important over the long term, positioning a fintech stock like Square very well. If Square stock wasn't on your radar before, I believe it should be after September's pullback.