The aluminum giant is expanding capacity and has plans to enter a high-profile market.

When shares of aluminum mining-giant Alcoa (AA -2.06%) surged at the end of August, I expected the momentum to continue, given the reasons behind the rally. The aluminum stock didn't disappoint: It gained 10.3% in the month of September, according to data provided by S&P Global Market Intelligence.

The strength in prices of base metals like aluminum started to wane in mid-August after China reported lower-than-expected growth in industrial production for June. Some industry experts even called it the beginning of the end of the commodities bull run. 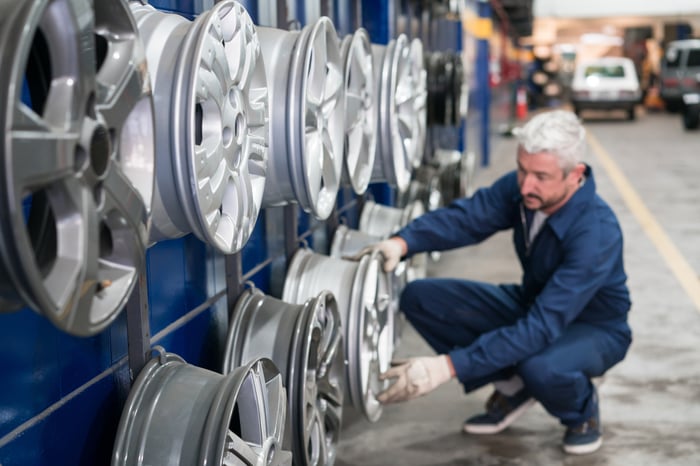 Aluminum prices, however, sprinted even higher in the following weeks and hit 13-year highs of $3,000 per metric ton on the London Metal Exchange in the second week of September. This occurred after a military coup in Guinea fueled fears of a supply shortfall in bauxite, which is a key ore for aluminum. The West African country owns the largest bauxite reserves in the world.

This development sent aluminum stocks soaring, with Alcoa, in particular, attracting the attention from multiple analysts:

Alcoa shares are trading at around $49 a share at the time of this writing.

In what can be seen as a sign of the kind of demand Alcoa foresees, the company restarted an aluminum smelter in Brazil in September that was lying idle since 2015. Alcoa expects the smelter to be fully operational next year.

Alcoa also partnered with Australia-based FYI Resources to enter the high-purity alumina market. High-purity alumina is an indispensable raw material for synthetic sapphire, which is used in semiconductors and LED lights, among other things, and more recently is being used in lithium-ion batteries that power electric vehicles.

With demand for both semiconductors and lithium-ion batteries soaring, Alcoa's partnership is clearly an attempt to diversify beyond traditional aluminum into hot markets. The company will own a 65% stake in the project and expects to start construction by 2024.

Meanwhile, aluminum prices continue to hover around multiyear highs, so Alcoa could very well deliver bumper third-quarter numbers on October 14. Alcoa recorded its highest-ever profits in the second quarter, and I wouldn't be surprised if it does an encore on the 14th. Keep an eye out.

Why Alcoa, Southern Copper, and Other Metal Mining Stocks Are Soaring Today

Why Alcoa Stock Soared 10% on Monday

Why Shares in Alcoa Surged This Week

Why Alcoa Stock Popped This Week
370%