The programmatic ad software player fell last month, even with no company-specific news.

Therefore, the September sell-off was likely due to macroeconomic fears over higher interest rates, which tend to hurt expensive, high-growth stocks like this one. 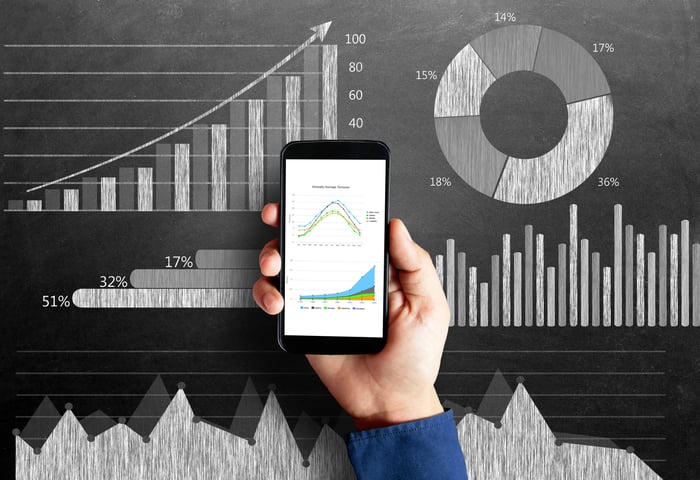 A lot of The Trade Desk's fall came toward the end of the month after officials from the Federal Reserve released a policy statement on Sept. 22. In the statement, officials stated that the Fed would begin tapering its Treasury bond purchases as soon as November and that it may raise interest rates sooner than expected -- potentially next year.

You might ask, what does that have to do with The Trade Desk's business? The short answer is not much. After all, the Trade Desk doesn't have any debt, so higher interest rates would actually benefit the company's financials due to increased interest income on its cash holdings.

Moreover, earlier-than-expected tapering means the economy is recovering faster. That should be good for ad revenues, which is where The Trade Desk makes its money.

However, the company is also a high-multiple growth stock, with much of its value tied up in future earnings, not today's. The intrinsic value of any stock, or any financial asset for that matter, is the sum of all future earnings discounted back to the present.

Discount rates are generally estimated off of the risk-free rate, so higher interest rates could therefore lead to investors discounting future earnings by a greater amount. This means that future earnings are worth less in today's dollars the further out they are. That's why The Trade Desk sold off, along with many other low-profit or profitless stocks.

When a high-quality stock sells off for reasons unrelated to its business, it's generally a time for long-term investors to think about starting or building a position.

While The Trade Desk isn't a cheap stock, it's been posting strong financial results, and only 21% of the global ad market is currently made on a programmatic basis. As the No. 1 programmatic demand-side ad-buying platform, it appears The Trade Desk has many years of profitable growth ahead of it.

Given the market's turbulence in September and so far in October, it's impossible to say if the Trade Desk has bottomed, as the stock is still well above its 52-week lows. Yet as long-term investors, we know it's usually better not to wait for a crash if shares in a high-quality company can be bought at reasonable prices.

Investors who don't have a position in The Trade Desk may want to give the stock a long look today after its September swoon.