Shares of Vimeo (VMEO 2.57%) were sliding last month after the YouTube competitor reported decelerating growth in August. It was the latest piece of bad news for the video subscription platform, whose shares have steadily declined since it was spun off from IAC/InterActiveCorp in May.

According to data from S&P Global Market Intelligence, the stock finished down 23%. The chart below shows it fell sharply in the second half of the month. 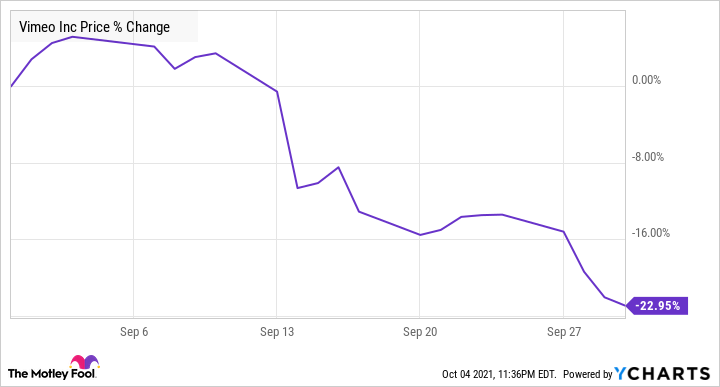 Vimeo shares fell 14% over a two-day span after it reported its slowest revenue growth in over a year in August. Revenue was up 33%, still a strong clip, but that trend shows that growth is slowing as the company laps a heady performance during the pandemic and as tailwinds from the "digital transformation" accelerated by the health crisis fade. 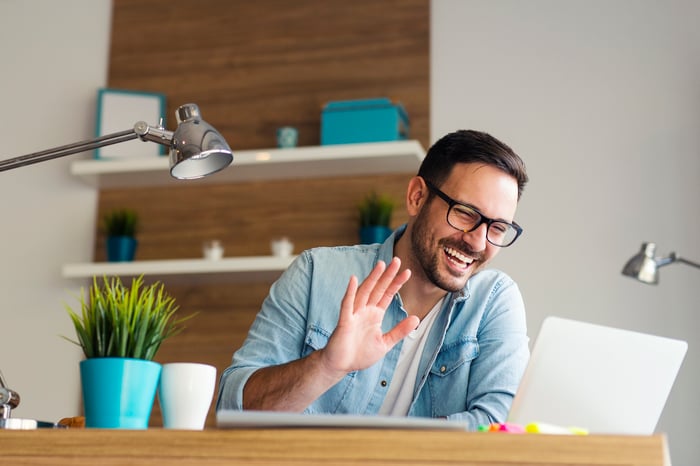 Other metrics also confirmed that the business was slowing as subscriber growth fell to 15%, its worst performance in over a year, and average revenue per user was up 15%.

On Sept. 22, Vimeo briefly recovered, rising 2% after Wells Fargo initiated coverage on the stock with a buy rating and a price target of $47 with analyst Brian Fitzgerald saying the recent sell-off is overdone. Nonetheless, the stock resumed its downward slide in the last week of September as growth stocks broadly sold off on fears about rising interest rates and inflation.

Vimeo shares have now fallen nearly 50% since its spinoff in May, but the sell-off may have gone too far at this point. The cloud-based video platform now trades at a price-to-sales ratio of around 12, making it cheap compared to most cloud stocks, and the company has a long growth path ahead of it as video consumption across business and education is still ramping up.

Given those factors, growth investors may want to take advantage of the sell-off.