Shares of the learning management platform operator have gained 47% since last December's initial public offering on a U.S. stock exchange.

Shares of Docebo (DCBO 0.03%), which calls itself "a leading artificial intelligence-powered learning suite provider," fell 13.4% in September, according to data from S&P Global Market Intelligence. This decline is probably largely attributable to market dynamics, as growth stocks were hit particularly hard last month.

Last December, the Canada-based company held its U.S. initial public offering. Since its debut on the Nasdaq, the stock is up 47.2% through Oct. 5. 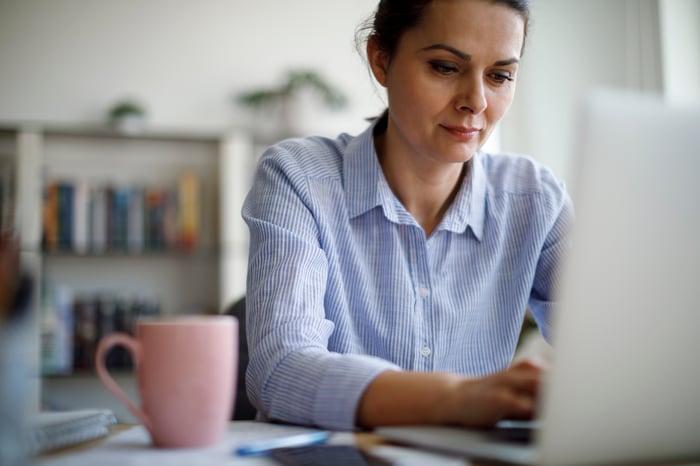 Last month's market sell-off was particularly hard on growth stocks in general and, more specifically, on the stocks of tech companies that aren't profitable. Docebo fits this bill.

Docebo stock had a strong run in August, gaining more than 26% in the month compared to the broader market's 3% return. So, some profit-taking in September wasn't surprising.

The stock's robust performance in August was probably due in part to a continuation of the momentum it had enjoyed for several months and in part to the company's release of its second-quarter results. Shares gained 9.1% in the two-day period following the Aug. 12 release, while the broader market was only up about 0.5% over this period.

Docebo management didn't provide guidance. But on last quarter's earnings call, CFO Ian Kidson said, "Going forward, our primary focus will be to continue to drive our growth, but we're finally getting to the point where we expect to begin to realize greater benefits from our scale."

1 Disruptive AI Stock To Put on Your Watchlist

Why This AI Stock Could Produce Monster Returns

2 Monster Growth Stocks in the Making
376%