Money in the market is the most important part of investing, and having it in these two stocks could pay off.

Even a small amount of money allows you to invest in hundreds of stocks in the market, many of which have large growth potential. The difficulty is choosing which ones to invest in.

Both fuboTV (FUBO -0.41%) and Riskified (RSKD -3.57%) have tremendous potential, which is why I think that these two companies are the smartest ones to buy with $500 right now. 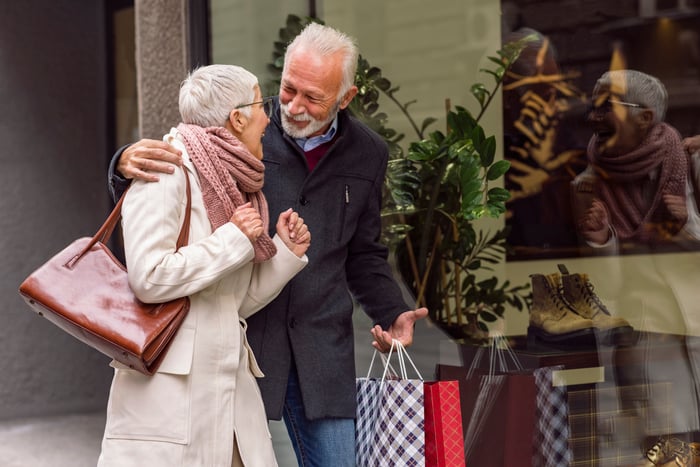 If you love watching live sports, especially European football, you have probably heard of fuboTV. This company is capitalizing on the trend away from cable and cutting the cord by offering the only thing that cable offers and Netflix (NFLX 3.14%) doesn't: live sports and news. With fubo, customers can officially cut the cord and record or watch almost any live sports event -- from basketball to rugby -- with fubo.

For $65 per month, subscribers can stream and record live sports, news, and television from over 100 channels. This offering has certainly caught fire: fubo had over 680,000 subscribers (a total that grew almost 140% from one year ago) watching over 245 million hours in the second quarter of 2021.

Total revenue grew 196% from the year-ago quarter to $130 million in the second quarter, and its advertising revenue (fubo's up-and-coming revenue driver) grew 281% to $16.5 million. While small, fubo's advertising revenue is growing quickly and, as more customers join the platform, could continue to do so. The company has slowly been increasing its average revenue per user (ARPU), growing it 30% year over year to $71 in the second quarter, and the company's advertising ARPU grew 62% to $8.70 over the same period.

The company is expecting to reach 915,000 subscribers by the end of the year. What is more promising, however, is its plan to enter the sports gambling market. Early in 2021, fubo acquired Vigtory, a sports betting company, for an undisclosed amount. This acquisition was to help fubo offer sports betting, which could become a $155 billion industry by 2024. It plans on using Vigtory to develop its own sportsbook. Not only could fubo become the main place to watch live sports, but it could also become a hub to simultaneously watch sports and bet on them -- all on one platform, from the comfort of your couch.

The company is facing off in a market with extreme competition like Disney (DIS 0.90%), Roku (ROKU 1.63%), and Netflix, but its combination of sports betting and live TV provides fubo with a unique corner of the streaming market that it can dominate.

With its sportsbook coming out in the fourth quarter, the company has the opportunity to capitalize on its niche, which is why I think it is a top stock to buy now.

Determining fraudulent orders can often be expensive and difficult for e-commerce companies. Riskified does this for them, determining what orders are fraudulent and advising them to either accept or deny questionable orders.

There are two keys to Riskified's competitive advantage: First, the company's risk assessment platform, which is based on artificial intelligence, can analyze and make decisions quickly, whereas older risk management systems are slow, asking the customer many questions. Second, Riskified has a "charge-back guarantee," which states that if its system misidentifies a fraudulent order as real, the company will foot the bill related to the lost goods.

This guarantee has led to high adoption and low churn: Gross merchandise value under management grew 55% to $21.5 billion in the second quarter of 2021 compared to one year ago. Throughout 2020, meanwhile, customer churn was 2%. In theory, the company's software gets more accurate as it gets more data points, which is turning out to be accurate: Riskified's cost of revenue (which is made up primarily of charge-back expenses) fell from 50% of revenue in 2019 to 40% of revenue in the second quarter of 2021.

Riskified is losing money, but it did generate $3.7 million in free cash flow during the first six months of 2021. The main risk for the company is that its systems fail to learn and adapt to new data, and it does not perform. The company is still young, but investors should be pleased with what it has shown so far.

Shares hit an all-time low on Oct. 6, over 50% off of the high it set in early September. Despite the poor stock performance, Riskified is executing. The company saves its top 10 customers, on average, 39% in operating expenses while increasing their revenue by 8%. This execution, along with its strong second-quarter performance, does not deserve a battered stock price, which is why I think Riskified is one of the best places to invest money today.

The Crushed AI Stock That's Poised to Bounce Back

Riskified Is Excelling at Managing Its Risks

This Growth Stock Might Be Down, But It's Not Out