The digital financial services provider got some love from a Wall Street analyst.

The catalyst driving the digital financial services provider higher was bullish commentary issued by a Wall Street analyst who began covering the stock. 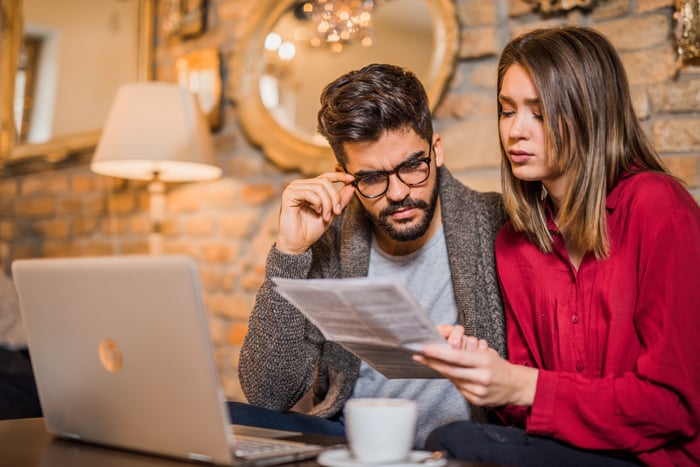 Morgan Stanley analyst Betsy Graseck initiated coverage on SoFi Technologies with an overweight (buy) rating while also issuing a price target of $25. Her new estimate would represent potential gains for investors of 54% over the course of the coming year compared with its closing price on Friday.

Graseck called SoFi a "powerful growth story" and laid out two big catalysts for SoFi's business within the coming year.

The analyst sees student loan refinancing -- one of the company's biggest lines of business -- as a powerful driver for the company moving into 2022. "Why refi into a lower rate when you don't have to pay anything at all during deferment and just accrue interest on your federal loan? In February 2022 this all changes," Graseck wrote in a note to clients.

Additionally, SoFi filed for a bank charter last year, and while that process isn't complete, the company has been granted preliminary approval. Since then, SoFi agreed to acquire community-based Golden Pacific Bancorp, a financial institution in California, thereby increasing the likelihood that it will ultimately be granted its charter.

While Graseck acknowledges increasing competition, she believes the fintech company has an advantage and a "leg up, given its roots in the hardest part of consumer finance, lending, along with a robust digital offering." She went even further: "We expect SoFi's customer base can double in the next 2 years, from 2.6 to 5.3 million, after more than doubling over the past year from 1.2 million," Graseck wrote.

Investors seemed to concur with the analyst's bullish commentary, bidding up SoFi's stock in the process.

SoFi Is Becoming a Bit of a Regulatory Headache
358%