When Coupang (CPNG -1.31%) went public in March, the fast-growing online retailer was often called "the Amazon (AMZN -1.44%) of South Korea." It's a tag that made sense given Coupang's market dominance on its home turf.

The stock nearly doubled on its first day of trading -- hitting $69 after pricing its shares at $35 -- but it's been largely downhill since then. Coupang shares on Monday closed 24% below its IPO price, and 61% below its opening day high.

There is still a lot to like when it comes to Coupang, and in many ways it's beating Amazon at its own game. Most broken IPOs don't bounce back, but Coupang has all of the right ingredients to live up to the initial euphoria. Buying this out-of-favor stock could be the best thing you can do for your portfolio. Let's take a closer look. 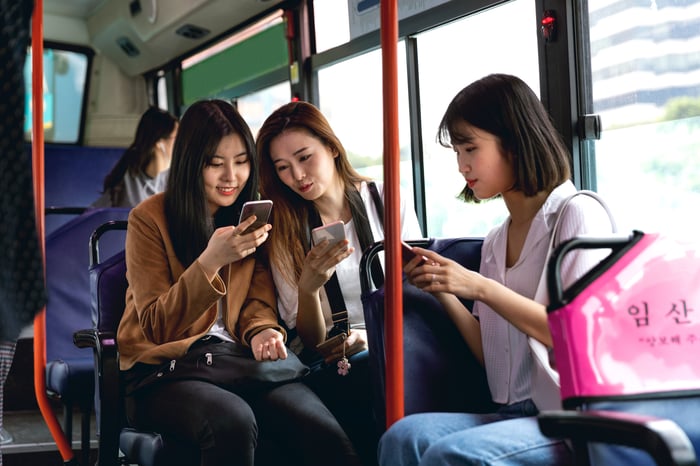 Getting in on the Coupang IPO seven months late -- but at a steep discount -- is pretty tempting. The South Korean juggernaut serves roughly a third of South Korea's homes with next-day service of merchandise and groceries. It has 100 different fulfillment centers across the country, placing it within seven miles of 70% of the population. Groceries placed by midnight are on the front porch before the sun rises. Returns can just be left outside.

Coupang's model works, and the company has done nothing but post stellar top-line growth in its first two quarters as a public company. Since the comparisons to Amazon continue, we may as well point out that if you're impressed with Amazon's growth you're going to be blown away by what Coupang brings to the table.

Coupang's sales growth has been twice as strong as Amazon's performance through the first half of this year. Coupang is not profitable -- and that's an important feather in Amazon's cap -- but it does trade at a lower revenue multiple despite its superior top-line growth.

Coupang is a better stock than its stock chart suggests, and there's no need to pit it against Amazon to arrive at that conclusion. It has come through with 15 consecutive quarters of sales growth north of 50%. Growth will decelerate from here. South Korea gave investors a China-level scare last month when antitrust regulators mentioned taking a closer look at excessive profits from the country's leading online companies. However, last week the head of the Korea Fair Trade Commission clarified that there would be no hard crackdown on tech. It would only impose the minimum necessary regulations in rare cases where the path to compete was being impeded by a market leader.

Coupang is certainly becoming a harder habit for South Koreans to shake. Its active customer count has grown by a reasonable 26% its latest quarter, but active shoppers spent 36% more per account. When it comes to internet retail stocks, Coupang is not exactly a household name. However, key in on its South Korean stronghold and it's hard to bet against it. Coupang has also suggested that international growth is on the horizon, but for now its own country is more than enough. It's a shock to me -- and an opportunity for you -- that you can buy Coupang for a lot less than its March IPO.