These outstanding businesses share an attribute that the Oracle of Omaha looks for in his investments -- but they never made it into the Berkshire Hathaway portfolio.

Warren Buffett, arguably the greatest investor of all time, has bought companies across nearly every sector of the economy. The conglomerate he runs, Berkshire Hathaway (BRK.A -0.80%) (BRK.B -0.83%), holds a stock portfolio worth over $300 billion, as well as an array of wholly owned subsidiaries across the energy, railroad, retail, and insurance industries, among others.

One attribute that Buffett famously looks for in those investments is a strong economic moat -- a clear competitive advantage that would be difficult for a rival to replicate.

Yet he missed the boat on recognizing two businesses that have just such moats: Chipotle Mexican Grill (CMG 0.50%) and PayPal Holdings (PYPL 2.67%). Both operate in industries Buffett is familiar with, and both stocks have crushed the returns of Berkshire Hathaway over the past one-, three-, and five-year periods. 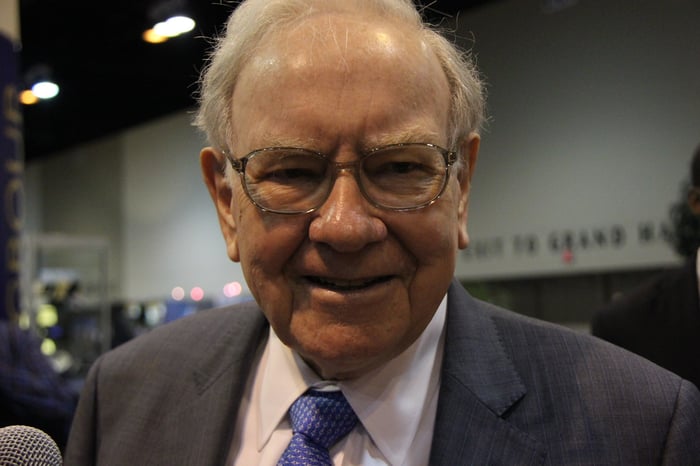 The case for Chipotle Mexican Grill

Having previously invested in Restaurant Brands International, Buffett is clearly familiar with the restaurant industry. But Berkshire never bought shares in fast-casual leader Chipotle, which has seen its stock price soar 326% over the past five years.

Chipotle's ongoing success in large part comes from its scale. With 2,853 locations, the company is able to spend more on marketing, acquire better real estate, and secure favorable terms with food suppliers compared to independent restaurants and smaller chains. The brand is widely recognized for high-quality and affordable Tex-Mex items, and its reputation should serve the company for a long time.

Even as most of the restaurant industry took a major hit due to the pandemic, Chipotle has thrived. Its revenue grew by double-digit percentages year over year in each of the past four quarters, including a 38.7% increase in the most recent period. And same-store sales, a key performance indicator for any retail-based business, jumped by 31.2% in Q2. It's worth pointing out that this is compared to a weak period in Q2 2020, when restaurants were temporarily closed. But even on a two-year basis, revenue grew at an annual rate of 14.9% while net income more than doubled, which is still impressive.

Chipotle's digital prowess has been a key factor boosting its results over the past 18 months. Hungry customers can order up their favorite burritos or bowls via its mobile app, its website, or through third-party delivery services. In the second quarter, digital sales accounted for nearly half of all revenue. And the chain's rewards program now has 23 million members who provide it with an extremely valuable tool for driving customer engagement.

CEO Brian Niccol believes that Chipotle can one day operate 6,000 locations in North America -- more than twice as many as it operates today. This seems completely reasonable given the company's remarkable growth thus far, its proven pricing power, and its outstanding restaurant-level margin of 24.5% (a near six-year high).

You'll want to consider adding this market-beating stock to your portfolio. 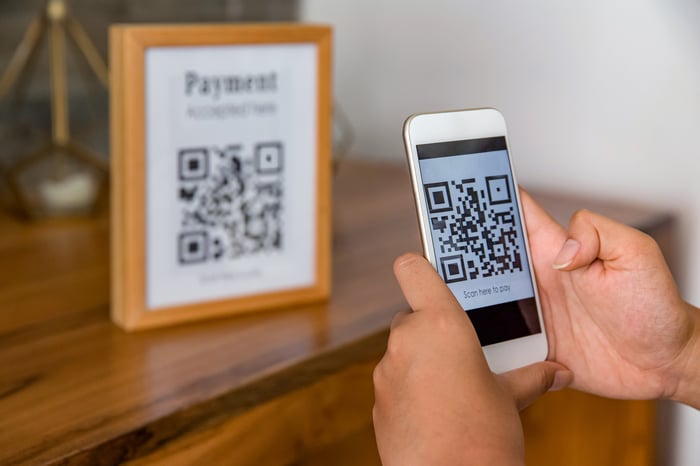 The case for PayPal Holdings

Buffett is also familiar with the payments space: Berkshire Hathaway currently owns stakes in the two big payments networks, Visa and Mastercard, worth a combined $3.8 billion. But he missed out on PayPal. And in the years since it was spun off from eBay in July 2015, its stock is up more than seven-fold.

PayPal's competitive moat stems from its two-sided platform, which gives it direct relationships with 371 million consumers and 32 million merchants. The network effect has long since taken firm hold here: As the company gains more accounts with businesses that accept PayPal for purchases, its service becomes more attractive to consumers. And the more individuals who have and use PayPal accounts, the more likely merchants are to decide to hop on the bandwagon to cater to that massive customer base, feeding the virtuous cycle.

The company processed an incredible $1.1 trillion in payment volume over the past 12 months. And during the last year, the average user conducted 43.5 transactions with their account, a clear sign that engagement is high. What makes this fintech company really special, though, is its ability to keep adding features that bring more customers to its ecosystem. For example, it just announced major upgrades to its flagship PayPal app, including the launch of new capabilities like bill pay, access to a savings account, shopping deals and rewards, and early direct deposit.

Over the past five years, its quarterly revenues and profits have risen by 135% and 267%, respectively, thanks in large part to the growing popularity of online shopping. The broad secular shift away from cash-based transactions will help PayPal reach new heights. And the business hasn't needed to invest much capital into achieving this fast growth. Just 4% of sales were invested in capital expenditures in any given year, leaving lots of free cash flow available to be returned to shareholders.

Expect PayPal's impressive success to continue. Warren Buffett didn't invest in the stock, but that doesn't mean you can't.

What Berkshire Hathaway Has Been Buying and Selling
358%