Finding undervalued stocks in today's market is getting more difficult, but there are plenty of strong companies that the market is still underestimating. 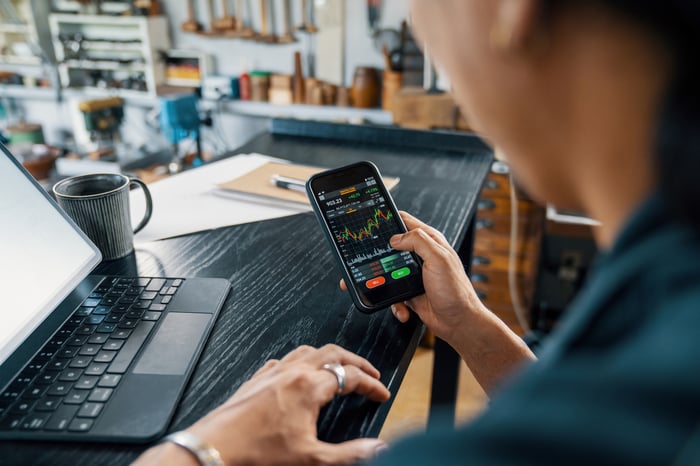 John Ballard (Academy Sports & Outdoors): Academy Sports has tripled in value since its initial public offering in 2020. A combination of a low valuation and double-digit revenue and earnings growth has provided the perfect ingredients for a surging stock price over the last year, yet the stock still looks like a bargain, trading at a very low price-to-earnings ratio of 6.3.

For the full year, management's guidance calls for sales to increase by 15% over 2020 at the midpoint of the outlook. But the real story is the growth happening on the bottom line, where earnings per share should improve by 48%. If Academy can maintain double-digit growth in earnings over the next few years, this cheap stock could easily double in value.

Several initiatives underway should continue improving profitability, including better localization of product assortment that meets the needs of each market; for example, stocking more work boots for stores close to oilfields or factories. This should lead to higher inventory turnover and higher store profitability. Management mentioned on the last earnings call that it is just midway through completing this effort.

Management expects to report earnings per share between $5.45 and $5.80 this year. With current stores becoming more productive and profitable, and management planning to allocate more capital to opening more stores in the coming quarters, this low-P/E stock is a good candidate to double in value over the next three years.

A unique model to challenge the coffee king

Jennifer Saibil (Dutch Bros): I'll be the first person to say that it would be extremely hard for any company to pose a real threat to Starbucks' dominance in the coffee industry. However, U.S. coffee chain Dutch Bros has definitely created a viable and growing business that's differentiated from Starbucks.

The company has its own Dutch-inspired branding (complete with windmills) at its 471 locations in 11 states. That's a drop in the bucket compared with Starbucks' more than 33,000 global stores, but being in its early growth stages gives Dutch Bros plenty of room to run.

Dutch Bros prides itself on its focus on speed, quality, and service, all in a fun atmosphere with the goal of helping the world. Each location has a drive-thru for customers in a hurry, and "runners" greet cars waiting in the lanes to take their orders with point-of-sale devices and have their orders ready when the customer reaches the window. Stores also have a patio with music for socializing, and they offer an array of hot and cold customized beverages, including its Blue Rebel label energy drinks.

Comps have increased for 14 consecutive years, including during the pandemic, with a 3% year-over-year increase in average unit volume, or sales per store, to $1.7 million in 2020. Revenue increased at a 33% compound annual growth rate from 2018 through 2020 to $327 million, and the company already posts a profit.

The company operates a franchise model as well as a growing number of company-owned shops, and what's interesting is that since 2008, it's not bringing in any new franchise partners. Instead, it builds tremendous employee loyalty and leadership by training workers and sending them out to open shops in new locations. That might mean slower store growth, but it also means more carefully developed shops with high growth potential.

Dutch Bros went public in September, and its stock is already up 14% from its first-day closing price. Shares are trading at about five times trailing-12-month sales, which is not extremely expensive.

There's a lot of opportunity here, and much to be excited about for this new IPO. There are risks as well, but Dutch Bros stock has the potential to become a multi-bagger.

This pioneer of the metaverse has a great business model

Parkev Tatevosian (Roblox): Roblox is a pioneer of the metaverse, a place where people can interact with each other and the environment virtually. Its platform is popular mainly with younger people around 13 years old. The business is run on a freemium model; it's free to join, and Roblox makes money by selling in-game currency called Robux.

The beauty of its business model is that players deposit money upfront to buy Robux and then use those funds over time. Players can use those funds to purchase unique items and join exclusive virtual experiences, all created by outside developers that Roblox only pays if players use their creations. So Roblox gets cash first and pays developers only after players engage with their designs.

As a result, Roblox generates healthy cash flow from operations. The metric has grown from $14.3 million in its fiscal second quarter of 2019 to $191.2 million in Q2 2021. The company experienced a surge in new players and cash flow as the world entered a pandemic and looked for in-home entertainment. Impressively, Roblox is holding onto most of the gains it achieved even as economies are reopening.

Roblox boasts 48.2 million daily active users, up 32% from August of last year, but more importantly, up 4% from last month. This years' user growth on top of previous years' surges could indicate real sticking power and a solid future ahead for this metaverse pioneer. What's more, investors can buy the stock at a relative bargain. It's trading at a price-to-free cash flow ratio of 58, near the lowest level it has sold for in its young history as a public company. For those reasons, Roblox is a stock that has the potential to double in the next three years.