An analyst upgrades his recommendation on the stock to the equivalent of a buy.

For a publicly traded company, it's always pleasant to get a stamp of approval from a major player in the finance world. That was the case on Friday with Brazilian financial services company XP (XP 3.55%), whose shares were lifted nearly 8% on the back of a positive adjustment in sentiment from a high-profile source.

Friday morning, Domingos Falavina, an analyst at the J.P. Morgan unit of JPMorgan Chase, changed his recommendation on the stock. He believes it's now overweight (read: buy); previously, he had tagged it as neutral. Falavina's price target is $50; if realized, this would mean the shares have 36% upside at their current level. 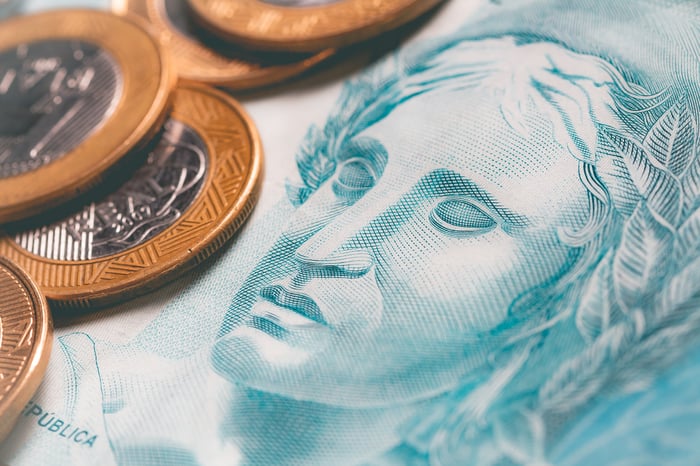 The prognosticator's reasoning wasn't immediately apparent, but XP seems to be continuing along its growth path. In August, it released its second-quarter results, which showed that its headline financial figures were heading north. Total net revenue, for instance, rose by 57% year over year and 15% over the previous quarter, while adjusted net income advanced by 83% year over year and 22% sequentially.

XP's more-recent updates are more of a mixed bag. Earlier this week, the company unveiled its third-quarter key performance indicators, showing that its assets under custody actually slumped on a quarter-over-quarter basis by 3%. On the other hand, the number of active users of the company's finance platform rose by 5%. Perhaps most promising of all, purchase volume on the XP credit card leaped by 55%.

CFO Bruno Constantino was quoted as saying that he expects to witness "a healthy growth pace" in key metrics. Such a pronouncement, combined with the J.P. Morgan change in outlook, should keep the bulls running with this stock for now.

Why XP Stock Was Rocketing Higher on Wednesday

Why Shares of XP Are Trading Higher Today