An economic downturn would only be a temporary blip for these industry leaders.

Recessions don't affect every industry equally. And depending on what is causing the recession, an industry could skate by virtually unscathed. In the economic downturn associated with the dotcom bust, U.S. employment only fell 1.3%. During the financial crisis, overall employment dropped 5.4%. In this latest pandemic-induced recession, the number of people at work dropped 14.7%. We've still only recovered about four-fifths of the jobs lost.

That hasn't stopped the companies tied to employment from prospering. Workday (WDAY -0.68%), Paycom (PAYC 0.24%), and Intuit (INTU 2.44%) have each seen revenue and profit rise thanks to the combination of their software-as-a-service (SaaS) business models and the need for companies to keep taking care of employees. Each of them are wonderful businesses to add to your portfolio when Wall Street's is most negative on the economy. Here's why. 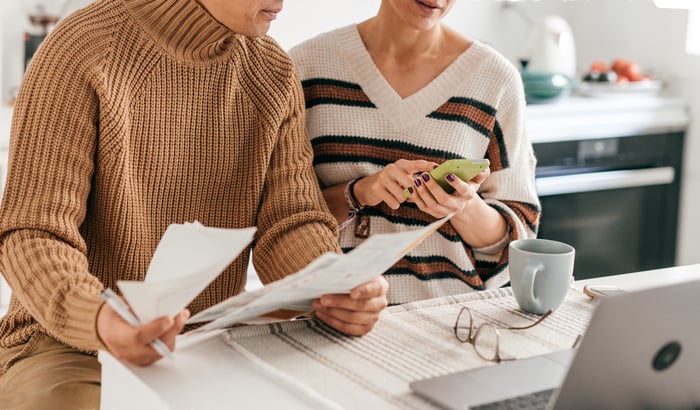 Workday targets large enterprises with its cloud platform that combines human capital management with finance applications. To that end, it boasts more than 50% of the Fortune 500 as customers.

After going public in 2012, it was able to grow rapidly by offering a cloud-based product that integrated many of the functions its legacy competitors had cobbled together through acquisitions. The cloud application allows it to make weekly product updates and major feature releases twice per year.

Sales climbed an incredible 47% per year between 2012 and 2021. For the first six months of its fiscal 2022 -- February through July -- revenue climbed 19% and total subscription backlog rose 23%. Cash from operations continued a trend of outpacing sales. A sign that a higher percentage of every dollar that comes in the door is flowing to the company -- and potentially shareholders. All of this coupled with the predictability of demand for its service make Workday a no-brainer to buy in any recession. 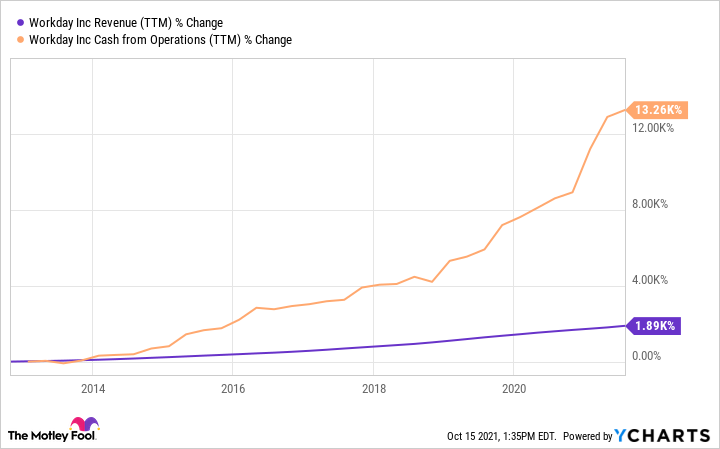 Paycom is riding a similar product and business model to outstanding returns. It focuses more on small and medium-sized businesses than Workday -- specifically companies with between 50 and 5,000 employees. Because of that, it doesn't incorporate the same finance functionality. But its human capital management software is a cloud-based, integrated suite of applications that has propelled it to 5% market share. That may not sound like much until you see the numbers.

In the past decade, revenue and earnings-per-share have climbed 16-fold and nearly 100-fold, respectively. Prior to the pandemic, its earnings before interest and taxes (EBIT) margin was nearly identical to software titan Adobe. It's a surprisingly profitable business for a fast-grower. And it has plenty of opportunity left.

After a decade of revenue growth above 30%, last year's sales were only up 14% thanks to the pandemic. But things are slowly getting back on track. For the first six months of 2021, revenue climbed 21% year-over-year. For the full year, management is guiding to $1.037 billion in revenue at the midpoint. That would be 23% growth over 2020. If that sounds conservative, it probably is. CEO Chad Richison said it doesn't assume any further headcount growth from its client base. That's unlikely.

As jobs (hopefully) recover from the pandemic, Paycom should be able to return to its historical growth rate. It may get a boost from its recent self-service payroll innovation that lets employees run their own payroll. After rolling the product out in July, there were already 1,000 clients on it by the end of the month.

Through seamless applications, continued innovation, and focus on one segment of the market, Paycom should continue its robust growth for the foreseeable future. Any significant drop in the shares due to economic uncertainty would be a gift for those willing to hold long term.

Some may not realize the company best-known for its TurboTax consumer software also dominates the small business financial segment. Its QuickBooks product reportedly has 80% market share in the U.S. Of course, many of those are very small or self-employed entities. Still, it's an impressive statistic.

Because of the disparate focus, the company organizes into four segments, two focused on consumers and two on businesses. About half of 2021 revenues came from the small business and self-employed unit while 37% was generated by the consumer segment.

Not included in those numbers are ProConnect -- Intuits service for professional accountants -- and Credit Karma -- the consumer-focused personal finance application it acquired for $8 billion in 2020. That deal was designed to bring comparison tools for credit cards, as well as checking and savings accounts, in house. Another recent deal is targeted at its business segment.

Just last month Intuit announced it would buy customer engagement and marketing platform Mailchimp for $12 billion. The deal should help it capture more of the growth spending in the small business mid-market. It could also boost the consistent 10% to 15% top-line growth Intuit generated in the years before the pandemic.

Over the past decade, shares have climbed more than 940%. It may not be likely to repeat that performance. But with products so ingrained into the financial fabric of both consumers and small businesses, Intuit has a prime position to market the new services it has acquired. That gives me confidence that any economic downturn that dents shares would be a great time to add the stock to your portfolio.