Over the past 10 years, U.S. stocks have delivered outstanding returns for investors. The major stock indices such as the Dow Jones Industrial Average, the NASDAQ Composite, and the S&P 500 have all climbed by more than 200% during this boom period. Still, the biggest returns on capital for investors have come from individual stocks. For example, biotech innovators Axsome Therapeutics (NASDAQ:AXSM) and Moderna (NASDAQ:MRNA), along with electric-car giant Tesla (NASDAQ:TSLA), have all generated well over 1,000% returns on capital for investors in just the past three years.

Unearthing the next Axsome, Moderna, or Tesla, however, is a not an easy task. The share prices of these companies took flight because they either developed game-changing new products that target huge markets or, in the case of Tesla, created entirely new markets altogether. Axsome, Moderna, and Tesla, in effect, changed the game in their respective fields. And that's why their equities caught fire, thus creating mind-blowing levels of wealth for their early shareholders.

Which companies might be able to follow in the footsteps of these leading innovators? Jasper Therapeutics (NASDAQ:JSPR) and NRx Pharmaceuticals (NASDAQ:NRXP) are two small-cap biotech stocks that may be on the verge of a major growth spurt. In fact, it wouldn't be shocking in the least if their shares rose by 1,000% or perhaps more within the next year. Here's what investors need to know now about these two promising biotech companies. 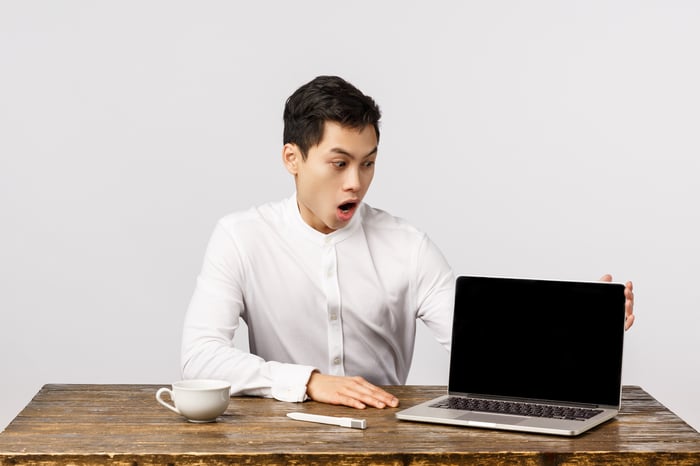 Jasper Therapeutics is a clinical-stage biotech company that went public last month through a deal with the special purpose acquisition company Amplitude Healthcare Acquisition (NASDAQ:AMHC). The biotech's shares have gained an eye-popping 99.7% in just the past week, thanks to coverage from the investment bank Oppenheimer.

Investors took note of the bank's coverage because Oppenheimer suggested that the biotech's shares could hit $21 within the next 12 months. Before Oppenheimer's coverage, Jasper's shares were trading at around $7.21, an almost 42% drop since their debut on the Nasdaq last month.

Long story short, this unique therapy may be able to overcome the limitations associated with the current regimen of toxic agents used for conditioning before treatment with these life-saving therapies. JSP191, in effect, could become an integral part of the standard of care for patients undergoing these cutting-edge procedures for a wide range of blood disorders and rare diseases.

The downside associated with this company is that its lead candidate is still in early-stage development. Key top-line readouts aren't expected to begin to roll out until 2022 and 2023, at the earliest. But if this therapy hits the mark in the clinic, it could easily rake in over $1 billion in annual sales at peak. That's an exciting prospect for a company with a current market cap of less than $600 million.

NRx Pharmaceuticals: A potential breakthrough in the treatment of severe COVID cases

NRx Pharmaceuticals' value proposition centers on its severe COVID treatment called Zyesami (aviptadil). The company and its shareholders are hoping that the FDA will greenlight the drug soon in light of its impressive performance in the clinic.

According to a recent peer-reviewed publication in the Journal of Infectious Diseases and Treatment, patients in an open-label trial at a single hospital and without randomization exhibited a ninefold survival advantage over those who received standard-of-care treatment. These initial results are highly unlikely to be enough to warrant an emergency-use authorization. But the company does appear to have a drug worth exploring further for severe COVID cases.

What's the upside potential? COVID-19 is expected to morph into an endemic respiratory illness. That means there will be a consistent need for novel coronavirus drugs -- especially for hospitalized patients with severe forms of the disease -- for a long time to come. Now, NRx still has a lot of work to do to get the drug on the market. But it does appear to be headed in the right direction. As such, this tiny drugmaker may sport a COVID-19 treatment capable of generating several hundred million dollars in sales per year for perhaps the better part of the next decade.

The bad news is that NRx is now facing a lawsuit from its partner, Relief Therapeutics (OTC:RLFT.F), alleging that NRx failed to honor its obligations under the duo's collaboration agreement. NRx counters that Relief stopped funding the drug's development back in January because the company believed it would fail.

This lawsuit could affect NRx's revenue haul for Zyesami. But the bigger picture is that the drug is showing promise in clinical trials. What's more, a sizable commercial opportunity exists for a medication capable of effectively treating covid patients suffering from respiratory failure. In short, this small-cap biotech might be gearing up for a monstrous run higher in the weeks and days ahead.