Erratic returns have long been a key concern for solar investors. Whether it be the commoditization of panel manufacturing or the challenging business model of solar installers, solar investors have so far found it difficult to generate consistent returns. And that's despite a clear case for solar as a key energy source for the future. Falling costs of generation and developments in power storage, though, could make solar increasingly profitable for companies and investors alike.

Microinverter manufacturer Enphase Energy (ENPH 1.00%) seems to be one such solar player that looks well paced for sustainable growth. Let's look at the top five reasons why the company's growth is for real. 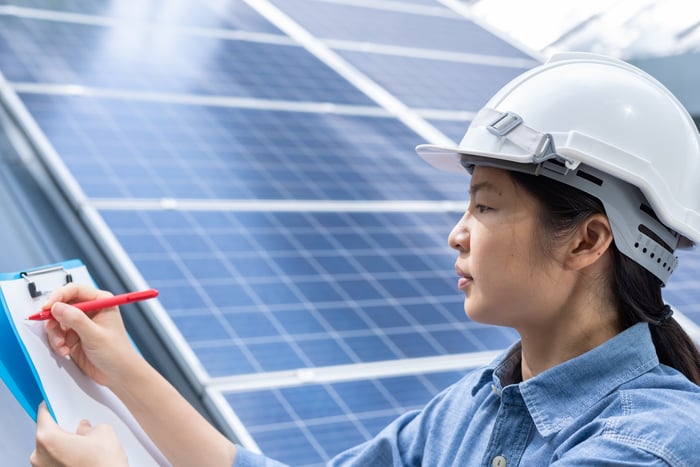 The strong revenue growth indicates that customers are finding value in Enphase's offerings. What's more, the company is making profits on these sales.

Profitability is key for a company's sustainable growth. In addition to revenue growth, a company needs to generate profits to fund future growth and ultimately return value to its shareholders. Enphase Energy fares well here, too. The company aims to generate 35% gross margin, limit operating expenses to 15% of sales, and generate 20% operating income as a percentage of its sales. It has largely performed in line with or better than these targets.

Enphase Energy can be said to be in the right place at the right time. Solar energy is expected to see robust growth in the coming years. According to the U.S. Energy Information Administration, the share of renewables in U.S. electricity generation could double to 42% in 2050 from 21% in 2020. That would mean higher demand for solar panels and components such as microinverters and batteries. Solar companies, including Enphase Energy, should benefit from this expected growth in the use of solar energy.

Enphase Energy is doing very well in the microinverters market. While the company continues to grow in that segment, it is also bringing new products that will further expand its addressable market. Enphase Energy has already launched its residential storage battery.

The company will begin shipping microinverters for small commercial solar installations in the first quarter of 2022. In addition, it is working on an off-grid solar and storage system for both developed and emerging markets. Enphase Energy sees immense growth potential for this system, with an expected serviceable addressable market of $5.2 billion in 2023. Overall, the newer offerings should further help Enphase Energy drive growth in the years to come.