The 5.8%-yielding oil and gas stock's third-quarter numbers failed to impress the market, but investors don't have to worry.

Oil and gas stock Kinder Morgan (KMI -0.57%) tanked on Thursday, losing 5.9% in value as of 12:45 p.m. EDT in reaction to the company's third-quarter numbers released Wednesday evening. I believe the market has overreacted.

Investors often pour money into midstream oil and gas companies like Kinder Morgan for dividends. DCF is therefore a key metric as it reflects the cash available for distribution to shareholders after factoring in the company's maintenance capital expenditures and one-time expenses, if any. 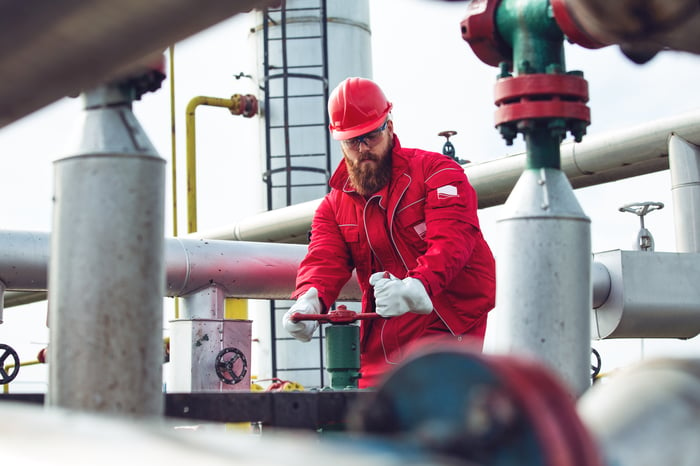 The drop in Kinder Morgan's DCF, therefore, seems to have miffed investors, but they shouldn't have to worry as long as DCF didn't drop because of a fall in profits. Kinder Morgan, in fact, increased its dividend by 3% earlier this year and still had $397 million in DCF left in Q3 after factoring in the higher dividend payout.

The energy infrastructure company is investing money into a variety of projects, including alternative fuels, while growing its dividends steadily. For 2021, Kinder Morgan expects to generate DCF worth $5.4 billion versus $4.6 billion in 2020 and $4.9 billion in 2019. The biggest takeaway from Kinder Morgan's third-quarter report, therefore, is that its DCF continues to grow, which also means Kinder Morgan's high dividend yield of 5.8% looks safe. That's the factor that should matter most to investors in high-yield oil stocks.