Novavax (NASDAQ:NVAX) started the coronavirus vaccine race as a favorite. The company's shares even soared more than 2,700% last year. But the tide has turned for the biotech company. The problem? Manufacturing issues have delayed Novavax's submission for emergency authorization in the U.S. and other countries. As a result, the shares have given back a large percentage of this year's gain.

But things worsened in recent days. A news report suggested Novavax's delays may not be over. The stock sank nearly 15% in one trading session. Even before that decline, the shares were trading below Wall Street's most pessimistic 12-month share price forecast.

As you might be guessing right now, the biggest risk Novavax faces is this: missing its latest goal to apply for authorization in the U.S., Europe, and other areas by the end of the year. That kind of news could crush the stock. Does this mean you should flee Novavax shares -- or use recent declines as a buying opportunity? 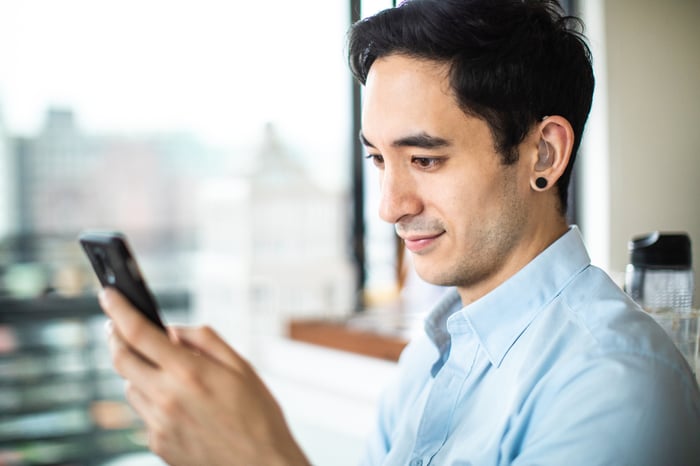 First, let's take a look at what's happened so far. Novavax reported positive data from a U.K. trial early this year -- and solid results from its U.S. trial a few months later. With data from both trials, Novavax aimed to file for emergency authorization in the second quarter.

In the most recent earnings call, Novavax extended the deadline once again -- to the fourth quarter. The company said it was still working with third parties on some elements and completing the validation of its analytical methods.

So that brings us to the latest news. This week, Politico, citing people familiar with the situation, reported more troubles: Novavax's testing method to ensure the purity of vaccine batches hasn't met regulators' expectations. These people told Politico the manufacturing and testing issues could delay authorization of Novavax's vaccine candidate until the end of 2022.

In response, Novavax issued a statement reconfirming its regulatory timeline. The company says it's "now routinely producing high-quality product at commercial scale at multiple sites across the world."

Now, let's talk about risk. Do we put our confidence in Novavax and its management team? The company has postponed its filing goal more than once. It's not impossible that another delay might be on the horizon. So, this is a risk we have to face. It's clear that more delays would damage investors' confidence in the company -- even if Novavax is trying its hardest to get everything right. And the share price would suffer.

But if Novavax files for authorization according to plan, the shares could skyrocket. And vaccine revenue down the road represents another catalyst for share performance. In an earnings call earlier this year, Novavax predicted billions of dollars in revenue over the four to six quarters ahead. That's huge for a company's first commercialized product.

From today's level, Novavax stock could climb 91% in the coming 12 months, according to Wall Street's average forecast. And if it meets its goals, it could move much higher over the longer term.

Speaking of the long term, Novavax has a lot to offer down the road. The company's flu vaccine candidate -- NanoFlu -- met primary endpoints in its pivotal trial. The next step is a regulatory submission. And Novavax has launched a clinical trial of a combined COVID/flu vaccine. So far, it's ahead of rivals on that potential product.

Of course, all of that sounds great. But to be successful in today's or future projects, it's critical that Novavax resolve any manufacturing and testing issues. They are key to gaining the regulatory nod -- and eventually selling products.

Should you buy Novavax?

So, should you flee Novavax or buy the shares? It all depends on your investing style. If you're a cautious investor, you probably should avoid Novavax shares right now. If Novavax disappoints investors again, the shares likely will tumble. And if the timeline to commercialization is long, the stock may take quite a while to recover.

That said, if you're an aggressive investor, this could be a buying opportunity. Novavax still has what it takes to win in coronavirus and flu prevention down the road. I'm optimistic that it eventually will work out manufacturing problems. So, if you're willing to go through potential ups and downs in the meantime, now might be a good time to get in on this biotech stock.