Metals and mining stocks just finished up a tough week on Wall Street. According to data from S&P Global Market Intelligence, here's how much some of the poorest performers in the sector had lost for the week as of Friday's close:

Concerns about China and earnings were to blame for the waning sentiment around these once-hot stocks.

Until about some weeks ago, most metals and mining stocks appeared on track to finish out 2020 on positive notes. There was unprecedented demand this year for raw materials as China and other economies reopened after pandemic shutdowns, even as China slapped curbs on domestic mining to curb pollution. That sent prices of commodities like iron ore, aluminum, copper, and steel to record highs. Copper prices, for example, peaked as recently as Oct. 15.

Prices did recently turn more volatile, but investors in metal stocks were upbeat as they still expected those companies to report strong Q3 results. Not many lived up to their expectations, though. It was a double blow as disappointing numbers came in right as metals prices lost steam after China made a U-turn on its mining curbs and scrambled to boost domestic supplies to bring down commodity prices and alleviate its power crisis.

The Chinese government resorted to various measures, including auctioning larger amounts of aluminum, zinc, and copper from its national reserves, and asking more than 150 coal mines to ramp up production. The later move sent coal stocks crashing this week.

In between, updates from metal miners added to investors' chagrin. 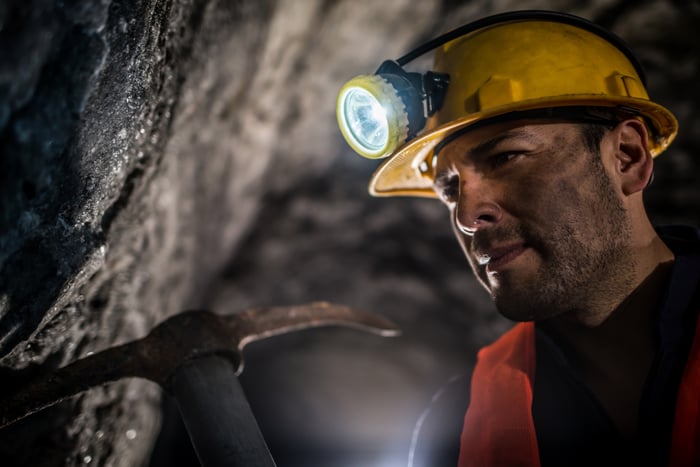 On Tuesday, Vale announced a 3.2% rise in iron ore sales for the third quarter, but sharp drops in nickel and copper sales. Moreover, Vale also said its iron ore production this year could be at the lower end of its guidance range of 315 million to 335 million metric tons.

Over the next couple of days, Vale stock attracted at least two analyst downgrades. RBC Capital double-slashed its rating on the stock from outperform to underperform and cut its price target from $17 per share to $12.50 a share, based on concerns that conditions in China don't bode well for Vale's core iron ore business. Jeffries downgraded several iron ore stocks, including Vale, based on the deteriorating outlook.

On Wednesday, Kaiser Aluminum's stock price plunged after it delivered third-quarter earnings that missed Wall Street estimates. Despite a nearly threefold jump in net sales, the aluminum producer reported a net loss of $2 million in Q3 due to high raw material and labor costs. Worse yet, management projected that supply constraints and cost pressures would continue.

In principle, this week's drop in prices of metals and mining stocks shouldn't worry investors. Such volatility is typical of cyclical commodity stocks. Instead of panicking, investors should focus on the long-term prospects of these companies. 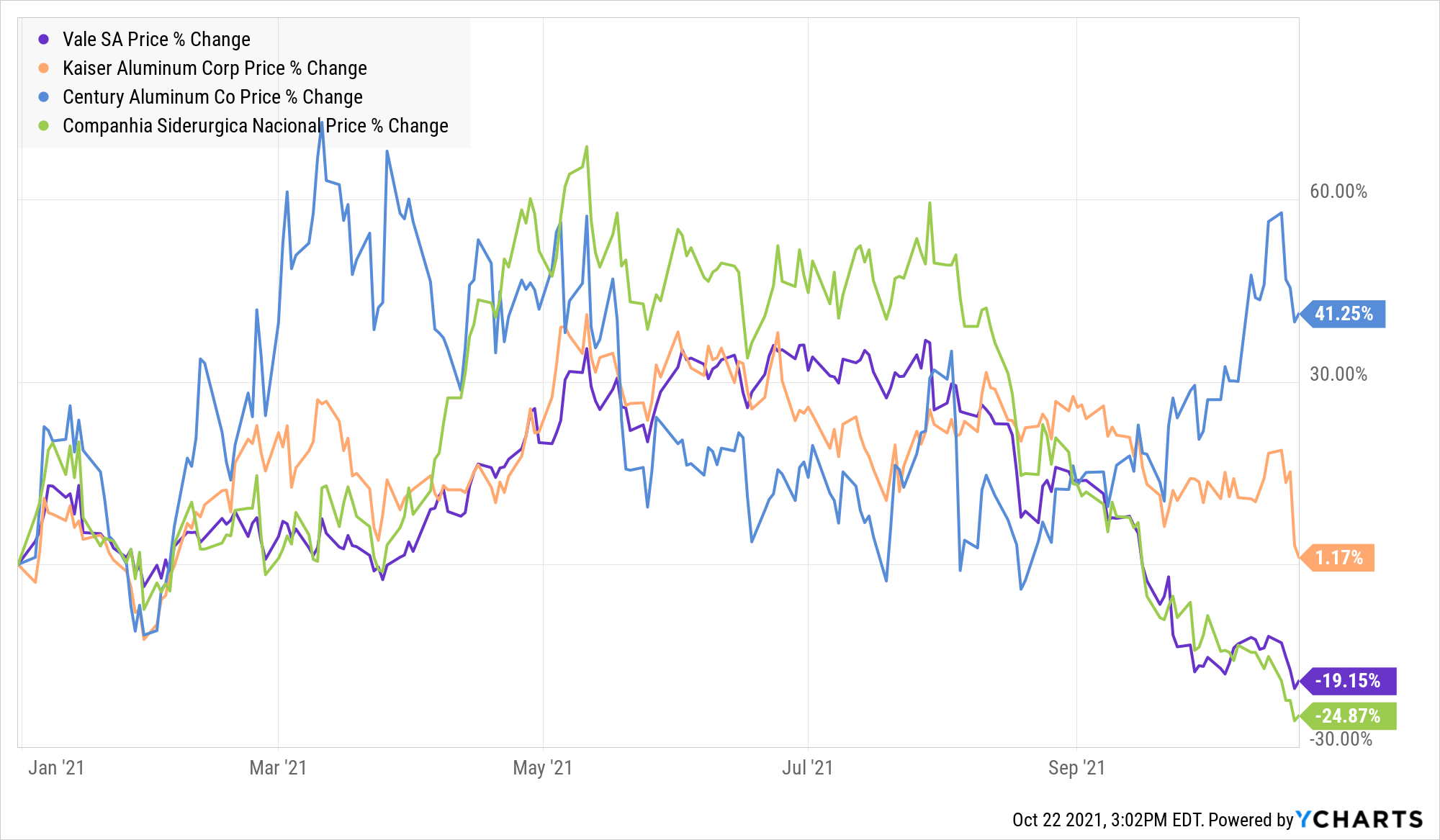 Metals like aluminum and copper, for example, should remain in high demand as they are key inputs for manufacturers in high-growth businesses like electric vehicles. Likewise, iron ore pellets and steel are vital raw materials for construction, so we can expect demand for them to rise once President Joe Biden's federal infrastructure package finishes its journey through Congress. The key to investing success, though, is to ignore the market noise and find companies within a sector that are becoming stronger and leaner, and positioning themselves better for the future.