These popular stocks are trading at discounts from their recent highs.

Robinhood Markets' commission-free trading platform has made buying stocks easily accessible and helped push retail-investor participation to record levels. The platform's highly active and fast-growing user base has market-moving power. Even investors who don't use the company's services are tracking what's hot on Robinhood for a window into what's popular with an increasingly influential category of individual investors.

While Robinhood traders more frequently make the news for helping to power short squeezes or getting behind the latest meme stocks, users of the platform have also put their stock-purchasing power behind some less risky but still promising growth plays. Read on for a look at two great stocks favored by Robinhood investors that are worth buying this month. 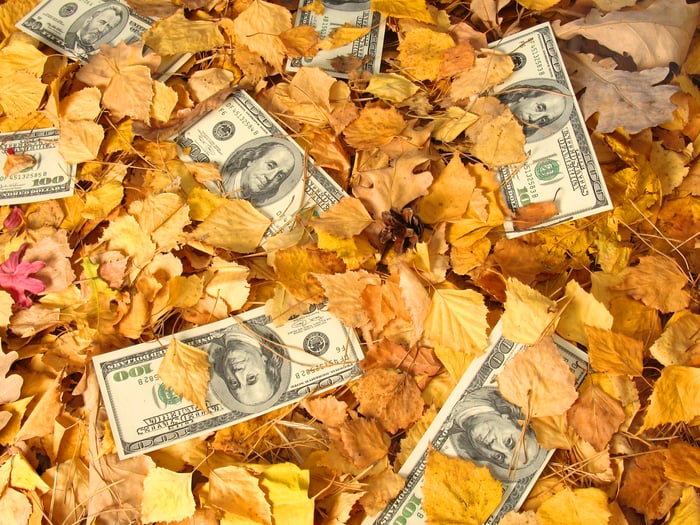 Zynga (ZNGA) is a top player in the fast-growing mobile games industry, and the company's strong development resources and demonstrated ability to sustain hit franchises make it an attractive long-term play. The publisher ranks as the 45th most commonly held stock among Robinhood investors and the single most popular pure-play gaming stock on the platform.

The company's success in delivering content updates for legacy franchises has helped fuel its results, and Zynga been regularly putting its cash toward acquiring new development studios and franchises that can help spur long-term growth. However, 2021 has admittedly been a disappointing year for shareholders. 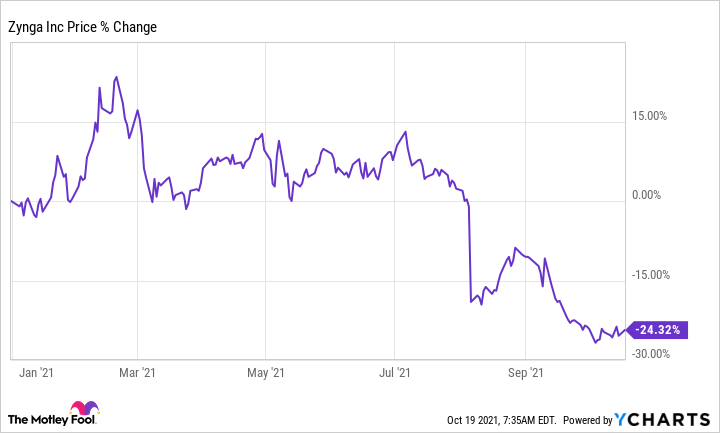 Despite reporting better-than-expected results when the company released its second-quarter earnings in the beginning of August, management's guidance cut the company's full-year bookings target from $2.9 billion to $2.8 billion. Part of the target reduction stemmed from the company opting to delay its upcoming FarmVille 3 from a third-quarter release into the fourth quarter, but management also noted it was generally seeing some weaker player engagement trends. Mobile advertising changes from Alphabet and Apple have also hurt the publisher's growth potential with in-game advertising.

Due to these headwinds, Zynga has fallen out of favor with the market. However, it doesn't look like traders on Robinhood are giving up on the stock, and I expect long-term investors will see great returns from shares purchased at current levels.

A single hit new title could be capable of spurring incredible sales and earnings growth, and Zynga's big acquisitions push over the last decade has helped it build an impressive trove of development resources to power its release pipeline going forward. The company is also likely in the early stages of benefiting from the ongoing growth of the global mobile installed base, in-game e-commerce, and potentially revolutionary technology trends such as augmented reality.

With shares trading at 21.5 times this year's expected earnings on the heels of the year-to-date sell-off, Zynga stock stands out as a hot buy this month.

Palantir (PLTR -1.19%) is a big-data specialist that could emerge as one of the next decade's most influential software providers. The company is an early mover in its corner of the data analytics industry, and its category-leading technology looks primed to benefit from AI-powered advances and surging demand.

Think about the lasting competitive advantage Alphabet's Google division managed to build by being an early leader in search and digital advertising. Google's machine-learning-powered software has grown and evolved with each new query, and its market-leading position has meant its technologies have had more opportunities to learn and improve than any of its competitors. Palantir appears to be in the early stages of benefiting from a similar dynamic.

The company's Gotham analytics software has already been scoring big wins with government contractors, which is a great sign as public-sector contracts tend to be long-term agreements that help provide a stable baseline for the business. For Palantir customers, including the FBI, CIA, Army, and Navy, strong data-analytics services can make a difference in situations with life-or-death implications.

Most of the company's revenue currently comes from public-sector contracts, but the company's Foundry analytics platform is also seeing rapid adoption in the commercial market. Sales from U.S. business customers surged 90% year over year in the second quarter, helping to power overall revenue 49% higher.

While investors' appetite for growth-dependent tech stocks has fluctuated in 2021, Palantir is putting up performance that suggests the business has what it takes to deliver huge wins over the long term. But shares have recently seen some weakness -- the stock trades 45% below its all-time high -- presenting risk-tolerant investors with an attractive entry point.

With a market capitalization of roughly $48 billion and shares trading at 32 times this year's expected sales, the company still has a highly growth-dependent valuation, but it looks like the business is on track to deliver in some big ways.