If you stick with it and have enough time, you can retire a millionaire.

Retiring with a million dollars is a good goal. A larger or smaller sum might work well for you, but for many, if not most, of us, a million dollars will go far. If you apply the flawed-but-still-useful 4% rule to it, withdraw 4% of that million dollars in your first year of retirement, and adjust the withdrawal for inflation in each successive year, the money stands a good chance of supporting you for several decades. And that first 4% withdrawal will be... $40,000.

So how can you amass $1 million by retirement? Well, there are many paths to get there, and one of them is investing in an exchange-traded fund (ETF) (or two) that can grow effectively for you over the long run. Here's a look at some such ETFs. 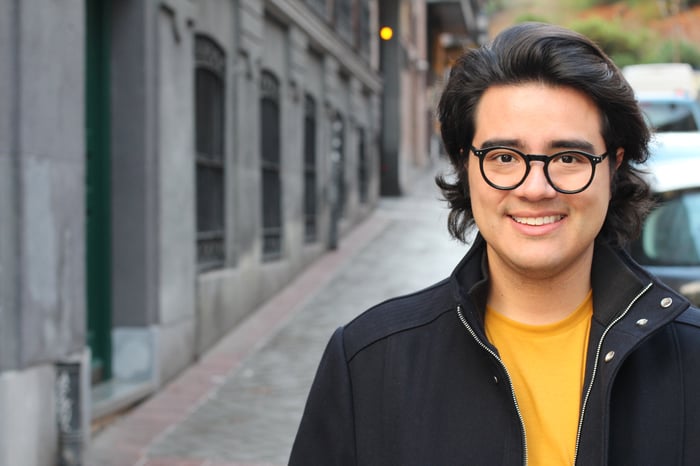 First, one of the best investment strategies for most people is simply to stick with low-cost index funds. They require little of your brainpower and will deliver roughly the same return as the overall market, less those low fees. The stock market has an average annual growth rate of close to 10% over long periods, which can grow your wealth at a decent clip. Over your investing time frame, though, it might average less (or more!) than 10%. So to be a bit conservative, here's how your money might grow at 8%: 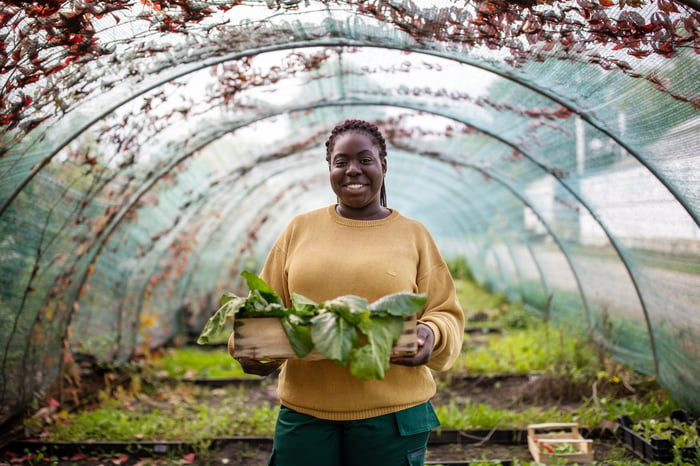 You can do very well investing regularly in a low-risk, low-fee index fund for many years. But if you want to aim for even better returns and are willing to take on a little more risk, you might consider an ETF focused on a faster-growing segment of the market. The Invesco NASDAQ Next Gen 100 ETF (QQQJ 0.27%) is one candidate to consider.

Here's how the folks at Invesco describe the fund:

The Invesco NASDAQ Next Gen 100 Fund (Fund) is based on the NASDAQ Next Generation 100 Index (Index). The Fund will invest at least 90% of its total assets in the securities that comprise the Index by investing in the 101st to the 200th largest companies on the NASDAQ. As a result, the portfolio may be concentrated in mid-capitalization stocks. The Index is comprised of securities of the next generation of Nasdaq-listed non-financial companies; that is, the largest 100 Nasdaq-listed companies outside of the NASDAQ-100 Index®.

Got it? It essentially skips the biggest and most well-known Nasdaq companies, such as Apple (AAPL 1.37%), Microsoft (MSFT 0.07%), and Amazon.com (AMZN 3.04%), which together make up roughly 30% of the Nasdaq 100. By doing so, it can focus on relatively smaller companies, such as mid-caps, many of which may be on their way to becoming huge and powerful, but aren't quite there yet.

The fund is very new, so there isn't much of a track record to look at, but you'll probably notice a few familiar growth stocks among its top 10 -- as strong performers in recent years. TV streaming service Roku, for example, has surged around 1,366% over the past five years -- nearly 94% annually, on average. For cybersecurity concern Fortinet, those numbers are 950% and 60%, respectively, and for database specialist Mongo DB, they're 1,471% and 99%.

The fund's future performance is unknown, and a market crash will likely hit recent high flyers hard, but over the long run, there's a decent chance that this group of 100 companies will reward shareholders.

This isn't an either-or situation, so you can always invest in both a broad-market ETF and one or more specialized ones. Perhaps park much of your portfolio in the broad market and aim to juice your returns with one or more carefully selected focused ETFs.