After several days of dodging inquiries and declining to comment on rumors that the e-payments leader might be looking to buy the social media company in order to create a sort of social-shopping giant, PayPal finally issued a terse denial on Sunday: "In response to market rumors regarding a potential acquisition of Pinterest by PayPal, PayPal stated that it is not pursuing an acquisition of Pinterest at this time."

Pinterest investors are obviously heartbroken -- that company's shares were down by 13% as of 9:50 a.m. EDT Monday. PayPal investors, on the other hand, are ecstatic. Shares of the fintech were up by 5%. 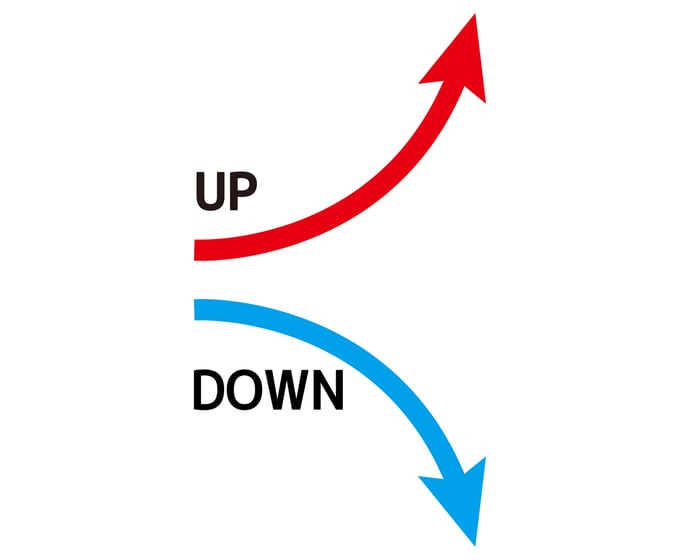 And so, after five days of wondering, it comes down to this: Despite Monday morning's recovery, PayPal stock was still trading at a 7.1% discount to what it fetched before rumors began floating that a takeover was imminent. But Pinterest shares, too, were down -- a solid 10% from pre-rumor prices.

And for traders who tried to "buy the rumor, sell the news," well, it appears that strategy scored them a big, fat zero no matter which way they came at the deal.

That's the bad news -- but here's the good news for long-term investors: The upshot of this M&A hullabaloo is that two high-quality stocks now cost notably less than they cost a week ago.

Pinterest shares are trading at less than 15 times sales, and Pinterest stock is going for less than 13 times sales. Both companies are solidly profitable, with Pinterest earning more than $161 million in net profit over the past year and PayPal earning $4.9 billion. Earnings quality is high at both companies as well, with PayPal's $4.8 billion in positive free cash flow backing up $0.98 of every dollar of reported income. Pinterest's free cash flow is actually more than twice its reported income.

Long-term investors might want to look at Monday's sell-off as a buying opportunity. Based on the morning's price moves, it appears that this is exactly what PayPal buyers are doing.