Sometimes in life, it pays to go against the tide. That's also true in the stock market. Forgotten companies -- or those whose shares have gotten hammered -- can turn out to be excellent investment opportunities. After all, there's no better time to invest in a quality stock than when it's lost serious altitude.

With that in mind, let's look at two healthcare stocks that have performed poorly over the past year but have a chance to bounce back big: Gilead Sciences (GILD 4.55%) and Incyte (INCY -0.60%). 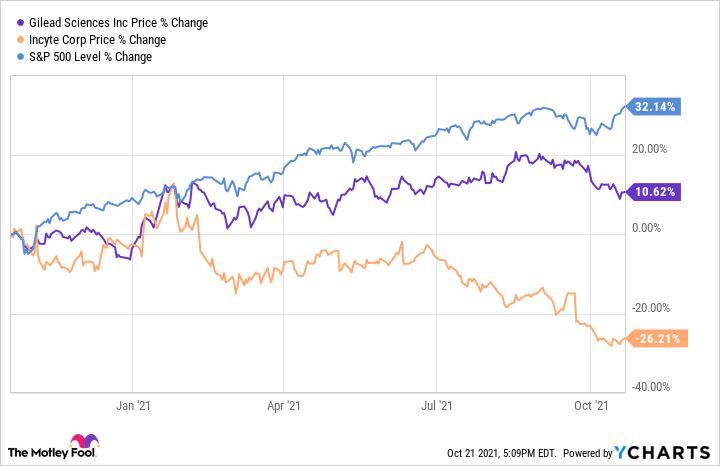 Biotech giant Gilead Sciences is still feeling the aftereffects of a regulatory setback related to filgotinib, its potential medicine for rheumatoid arthritis. The company hoped that it would become a blockbuster product, but the U.S. Food and Drug Administration (FDA) had other plans. The regulatory agency declined to approve filgotinib in August 2020, citing male fertility concerns associated with the drug as the reason. In November 2020, the company gave up on the filgotinib project altogether, at least in the U.S.

Yet despite this setback, Gilead could be an excellent buy on the dip. Arguably the biggest reason is its dominance in the market for HIV drugs. According to management, the company currently holds a 75% share of this market in the U.S. and just under 50% in Europe.

Gilead Sciences' best-selling product, HIV drug Biktarvy, still has room to grow. In the second quarter ended June 30, sales of this medicine came in at roughly $2 billion, 24.3% higher than the year-ago period. Biktarvy is the top-prescribed HIV regimen in the U.S. According to some estimates, it could have worldwide sales of $11.7 billion in 2026. Biktarvy's sales came in at $7.3 billion last year.

In the near term, Gilead Sciences is also benefiting from sales of its COVID-19 medicine, remdesivir (sold under the brand name Veklury). In the second quarter, revenue from this product came in at $829 million. The company expects sales to total between $2.7 billion and $3.1 billion for the full year from this drug. 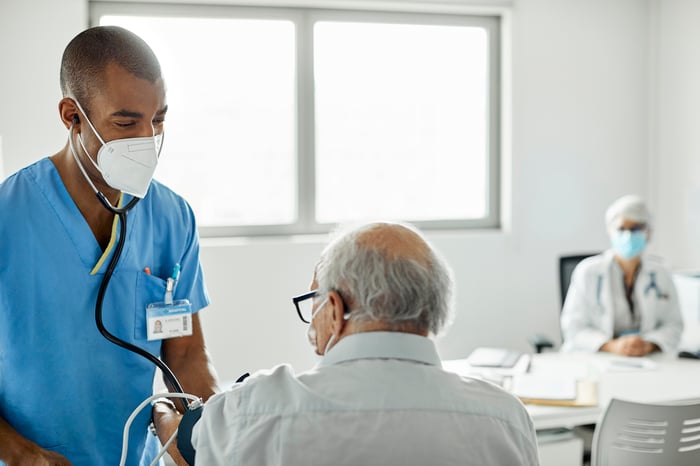 However, Gilead Sciences may not be able to count on Veklury for that much longer. Sales of this medicine will drop as the pandemic subsides, not to mention there are competing therapies close to approval.

Gilead also submitted filgotinib for approval in Europe in November 2020, and the company has many other promising programs that could help direct its revenue and earnings in the right direction post-pandemic. While the biotech has had its share of setbacks in the past year, given its stature as the leading HIV drugmaker and its deep pipeline, there is still a good chance that it will successfully turn things around in the long run.

Incyte is another biotech that hasn't been performing well. Shares of the company are down by about 26% in the past year. Incyte's heavy reliance on its flagship product, Jakafi, is one of the reasons why investors seem increasingly disenchanted with its prospects. Jakafi treats a pair of bone-marrow diseases, myelofibrosis and polycythemia vera, as well as steroid-refractory acute graft-versus-host disease (GVHD), a complication of stem cell transplants.

Incyte did announce some great news on this front recently, though. On Sept. 22, the FDA approved Jakafi for the treatment of chronic GVHD. The new regulatory nod marked the fourth for Jakafi, and it is the only FDA-approved treatment for two of its indications (acute GVHD and polycythemia vera). Jakafi's revenue jumped by 12% year over year to $529 million during the second quarter. Expect the medicine to continue posting top-line increases.

Meanwhile, Incyte is looking elsewhere for growth. On Sept. 21, the FDA approved the company's Opzelura as a treatment for atopic dermatitis. 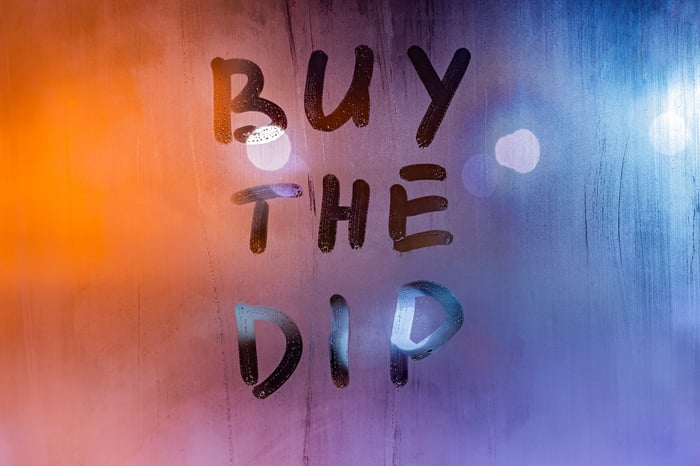 Opzelura is a topical cream, and it is part of a class of medicines known as JAK inhibitors. Unfortunately, it will have to be launched with a safety label that warns patients of risks of cardiovascular events, cancer, and death. JAK inhibitors have been under scrutiny by regulators since these potentially severe adverse reactions were observed in a post-marketing study of Pfizer's Xeljanz -- which belongs to this class of drugs. (Jakafi, which is also a JAK inhibitor, was spared from this label warning because it is not indicated for the treatment of any inflammatory condition.)

Despite these issues, Incyte expects to generate peak sales of $1.5 billion from Opzelura in the U.S. For context, the company recorded $2.7 billion in revenue in 2020, 24% higher than the previous fiscal year. So Opzelura could make a meaningful impact to Incyte's top line.

Add that to the other relatively new products in Incyte's portfolio, including cancer drugs Monjuvi and Pemazyre (both earned regulatory approval in mid-2020), and Incyte's future seems a lot brighter. After dropping by as much as it did since the beginning of the year, the stock looks like an attractive option for biotech investors.