An industry awash in too much seltzer is now pouring it down the drain.

Boston Beer (SAM -1.90%)is wallowing in hard seltzer. The brewer went all in on the effervescent alcoholic beverage as consumer drinking preferences shifted away from beer, but the bubble burst on the trendy drink and Boston Beer had to dump "millions of cases" of its Truly brand of seltzer.

The sudden and dramatic reversal of fortune led it to post a huge net loss in the third quarter, and there's no sign of when or even if consumers will return. 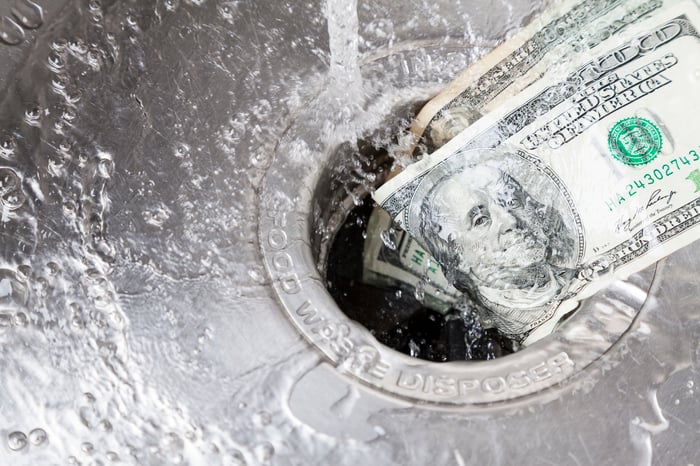 Boston Beer warned that this was coming. Last month the maker of Sam Adams beer said rapidly declining sales in the industry required it to withdraw its earnings guidance for the rest of the year, even as it said its own sales continued to grow and it was taking market share.

It reiterated that point in the earnings release, noting that Truly sales accounted for 54% of all the growth in the seltzer market in the quarter. Still, because the company had overinvested in production capacity and inventory, Boston Beer Chairman Jim Koch told CNBC, "We're going to crush millions of cases of product before it goes stale."

The result was a huge hit to third-quarter earnings. Boston Beer took a $102.4 million charge for inventory obsolescence, third-party contracts, and equipment impairment, causing it to swing from a profit of $6.51 per share a year ago to a loss of $4.76 per share this time around. The write-offs equaled 17% of the brewer's $600 million total revenue for the quarter.

A chance to bubble up to the top

Although this management miscalculation surely disappointed investors who watched Boston Beer's stock price crumble 61% over the past six months, the situation may not be as dire as it appears.

There's going to be a big shakeout in the hard seltzer market as smaller brands and newer producers that got into the game late fall by the wayside. Yet Boston Beer should be a survivor once the dust settles.

As noted above, sales of Truly are still growing, and the industry itself is still expanding, albeit not at the previous meteoric rates. With seltzer sales still flowing Boston Beer's way, and Truly accounting for most of the market's growth,  the brewer will remain one of the segment's leaders.

Koch told CNBC the situation is akin to what occurred in the energy-drink field: After an initial surge that drew in many producers, it has since settled down to two dominant, profitable players, Red Bull and Monster Beverage, which combined now hold 70% of the market.

A better, though smaller, future

Boston Beer and privately held Mark Anthony Brewing have long dominated the seltzer market, accounting for similar shares of the business, though it is the latter's White Claw that has the edge, with 40% of the market.

That could change in the very near future, and though the adjustment period will be painful, Boston Beer could still have a long, profitable future ahead of it. With possibilities for brand extensions into hard liquor and marijuana, Truly may be a dominant name for years to come.