The company officially announced the initial deliveries of its luxury electric sedans will be this weekend.

Excitement has been growing over electric vehicle start-up -- and potential strong Tesla competitor -- Lucid Group (LCID 1.90%) as it gets closer to shipping its first vehicles. Today the company announced that will begin this Saturday, and the stock popped 10%. At 11:05 a.m. EDT, shares had given up some of those gains but remained up 5.3%.

Lucid isn't simply delivering its first Air Dream Edition electric sedans this weekend. It is also holding a rally for the new owners hosted by Lucid leadership "on a route that showcases the vehicle's standout ride, handling, and performance capabilities," the company said. 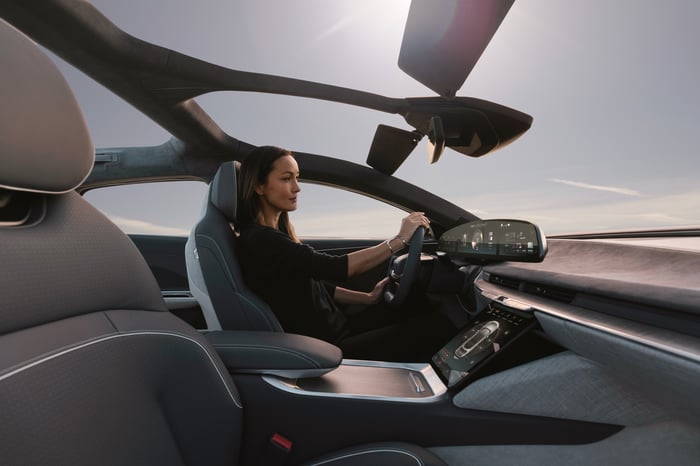 Lucid expects to produce 520 of its Air Dream Edition vehicles at $169,000 each. They come in two versions -- Range and Performance. The Range editions can reach 520 miles on a single battery charge. That range significantly beats the Tesla Model S Plaid's, which is listed at 396 miles.

Lucid's Dream Performance model has a maximum range of 471 miles, but with higher horsepower than the Range, it can go from zero to 60 in 2.42 seconds. Lucid will use the launch and rally to continue to stir interest in its brand. The rally will be held through the California countryside and will be covered on Lucid's social media channels. Based on today's stock reaction, there will likely be plenty of followers.