The clinical-stage biopharmaceutical company posted positive news regarding its lead therapy -- a BTK inhibitor that could fight certain blood-based cancers. 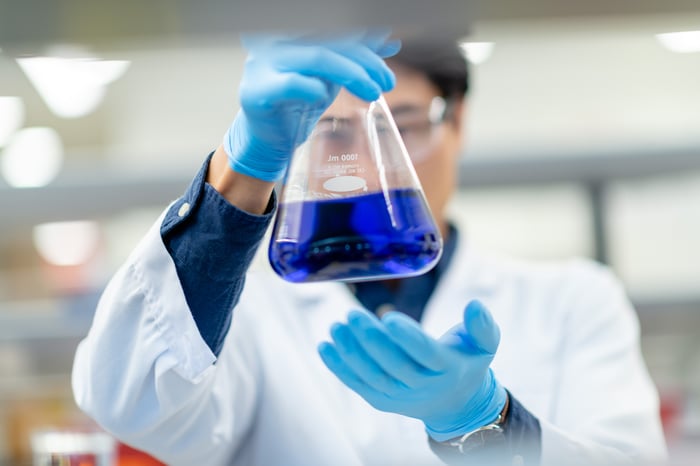 The biopharmaceutical company released initial phase 1a data regarding NX-2127, its therapy for patients with relapsed or refractory B-cell cancers. According to Nurix, the drug was able to significantly reduce Bruton's tyrosine kinase (BTK) in all of the patients in the trial. BTK is an enzyme that is a key part of the B-cell receptor-signaling pathways. By blocking the enzyme, certain B-cell leukemias and lymphomas will not be able to grow and survive.

BTK inhibitors have been shown to be effective against chronic lymphocytic leukemia, follicular lymphoma, mantle cell lymphoma, marginal zone lymphoma, and other B-cell malignancies. Final approval  for NX-2127 will depend on its safety and continued efficacy as the trials continue.

This is certainly a big deal for Nurix, which has other drugs in its pipeline, including immune-oncology drugs and adoptive cell therapies. However, none of these are past the preclinical stage. The company's only revenue in the third quarter was from collaboration revenue, which was not enough to put the company in the black. In the third quarter, it reported revenue of $10.3 million, while the company posted a net loss of $28.8 million. With cash reserves of $465.4 million, the company is in good shape to last three years of cash burn until NX-2127 or any of its other pipeline drugs can come to market.

Nurix is facing potential competition from other pharmaceutical companies. There are three BTK inhibitors on the market, all of which are known to have significant side effects: ibrutinib, acalabrutinib and zanubrutinib.  But according to a July article in the International Journal of Molecular Sciences, there are more than two dozen other BTK inhibitors that are being tested.