SunPower benefits in more ways than one from the huge rally in Enphase Energy's stock price.

Solar stock SunPower (SPWR -1.37%) ripped higher on Wednesday, riding the rally in solar stocks driven by unexpectedly strong numbers from Enphase Energy (ENPH 0.03%). With SunPower shares also languishing this year, today's big event was the perfect incentive for investors to jump into the stock. And don't forget that SunPower also owns shares in Enphase Energy, so today's big move in the latter's stock price is great news for SunPower.

After market close Tuesday, Enphase Energy released a stunner of a third-quarter earnings report: Its revenue nearly doubled year over year to hit a record quarterly high of $351.5 million, driven by strong demand for microinverters and a 51% jump in its storage systems shipment. Investors may recall that Enphase Energy acquired the microinverter business from SunPower three years ago for $25 million in cash and 7.5 million shares of Enphase Energy. 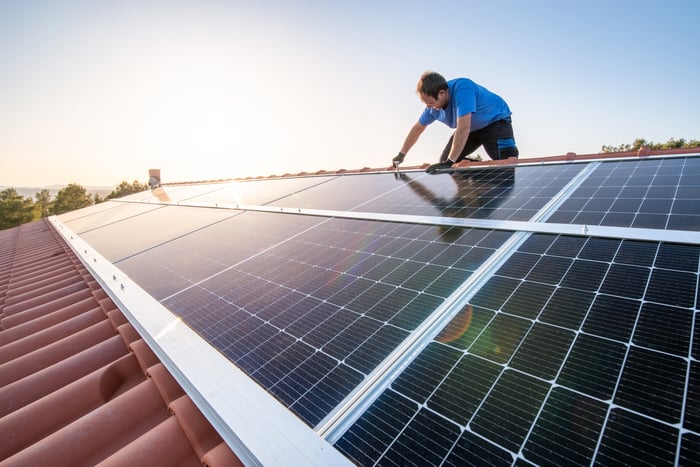 Although Enphase Energy's net income slid on higher operating expenses, Wall Street was expecting much lower profits. Its earnings beat was so huge that the market sent Enphase Energy shares flying 25.6% this morning.

Importantly, Enphase Energy's updated outlook for the fourth quarter calls for yet another record quarter, reflecting resilient demand. While that drove investor interest in other solar stocks higher, too, it wasn't the only reason SunPower shares soared.

Given Enphase Energy's stock price as of the time of this writing, SunPower's stake is nearly $740 million. 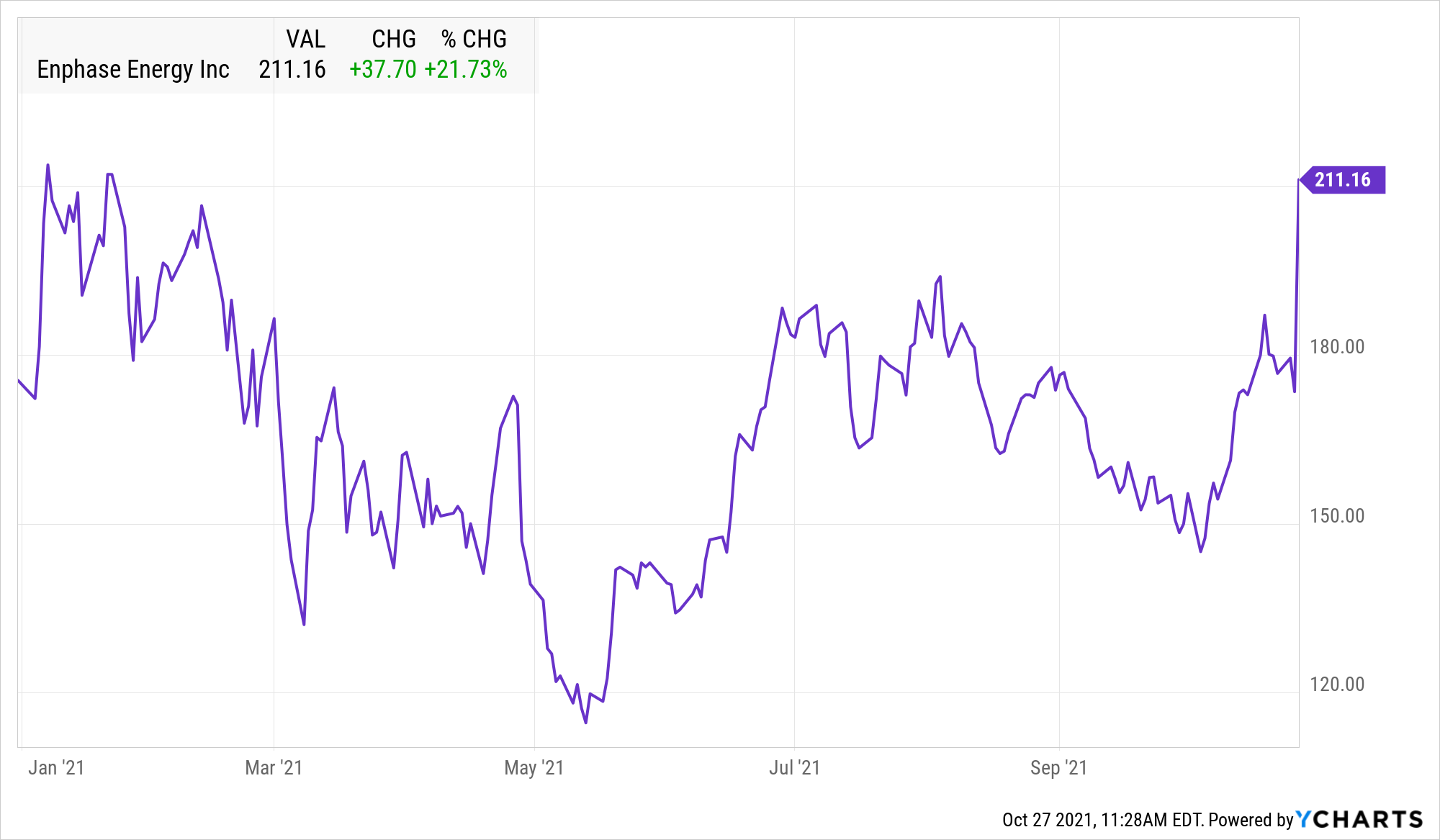 SunPower is doubling down on the residential solar market, having recently announced the acquisition of solar installer Blue Raven Solar as part of its efforts to transform itself into an energy management company. In between, SunPower could easily use the rally in Enphase Energy's stock's price to sell its stake and use the money on growth initiatives or even strengthen its balance sheet. These factors are driving investor excitement in SunPower shares today.