Find out what these well-known companies said in their latest earnings reports.

The stock market has climbed to all-time highs, and earnings season has played a key role in driving optimism among investors. On Wednesday morning, the market looked poised for a pause, but that has often served in the past as a prelude to further advances. As of 9 a.m. EDT, futures on the Dow Jones Industrial Average (^DJI 0.61%) were up 26 points to 35,670. S&P 500 (^GSPC 1.10%) futures were unchanged at 4,565, while Nasdaq Composite (^IXIC 1.76%) futures were down a single point to 15,544.

Some big names in the Dow announced their latest earnings results this morning, and each has something to say about its respective sector. Below, we'll look at what Boeing (BA 0.02%), Coca-Cola (KO -0.20%), and McDonald's (MCD 0.63%) announced and how investors are reacting to the news.

Shares of Boeing were higher by more than 1% in premarket trading Wednesday. The move came despite ongoing problems that the aerospace manufacturing giant faces in a difficult industry environment. 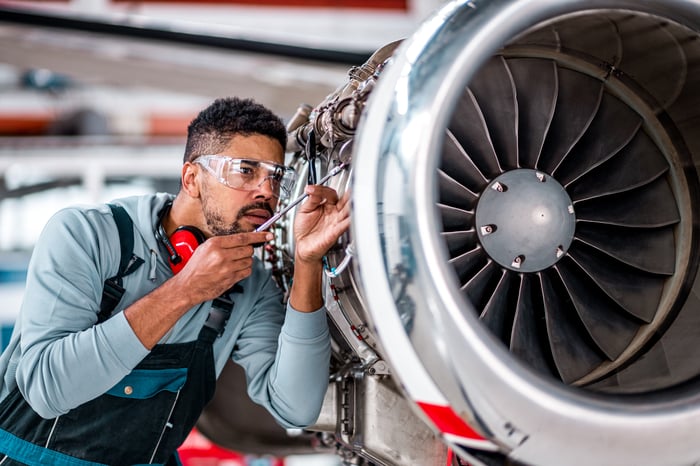 Boeing's numbers reflected the efforts it has made to get back to normal. Revenue was higher by 8% from year-ago levels, showing the progress the company has made in returning the long-grounded 737 MAX series aircraft to service. Commercial deliveries tripled year over year, helping to offset weaker performance in the defense, space, and security segment and catch up from disappointing numbers earlier in the year. Boeing is still losing money overall, but those losses were far narrower than they were in the year-earlier period.

Unfortunately, Boeing has continued to take charges against various programs, including its 787 Dreamliner aircraft and its Starliner spacecraft. Boeing's stock has fallen enough to take the company's pain points fully into account, but eventually, the aerospace manufacturer will have to see a sustained rebound in order to get its stock price back up to where it was before the grounding of the 737 MAX.

For shareholders, Coke is it

Shares of Coca-Cola were up more sharply, climbing more than 3% just before the open. Investors were pleased at the soft drink behemoth's quarterly results.

Coca-Cola sustained some positive momentum in its third-quarter performance. Revenue jumped 16% on a 6% rise in global unit case volume. Coca-Cola showed its pricing power, seeing 6% gains resulting from its prices and mix of sales. Adjusted earnings of $0.65 per share were up 18% year over year, and cash flow was higher by nearly half.

Coca-Cola's outlook also drew attention. The company boosted its organic revenue guidance for 2021 to between 13% and 14%, with adjusted earnings rising 15% to 17%. Coca-Cola also said it would start to invest further in growth initiatives in 2022, with the goal of fighting against commodity inflation and sustaining margins. Investors liked that approach, sending the stock higher.

A tasty quarter for McDonald's

McDonald's reported a 12.7% rise in comparable sales in the third quarter compared to year-ago levels, with a rise of 10.2% compared to pre-pandemic sales in the same period in 2019. That sent overall revenue higher by 14%, and adjusted earnings of $2.76 per share were up 24% year over year.

Despite some locations still having to deal with COVID-19 restrictions, McDonald's has been able to boost its market share by making innovative menu moves and using digital technology to make ordering more efficient. That's been a recipe for success across the restaurant industry, and shareholders are pleased to see the Golden Arches follow suit.

All of these earnings reports are showing that companies are trying to bounce back from tough conditions. The general success has encouraged investors, and that's what's leading indexes to new highs.