Shares of QuantumScape (QS -4.94%) jumped 8.1% as of 1 p.m. EDT on Thursday after the solid-state rechargeable battery start-up announced that independent third-party tests verified the performance of its batteries as described in the company's own December 2020 presentation.

QuantumScape reported that testing of three single-layer cells by Mobile Power Solutions, an independent lab, showed that its batteries successfully completed a simulation of how a battery might work in the real world, being roughly equivalent to 240,000 miles driven by a vehicle with a 300-mile range. The testing also proved, it said, that the battery can operate at continuously high charge and discharge rates with minimal degradation. 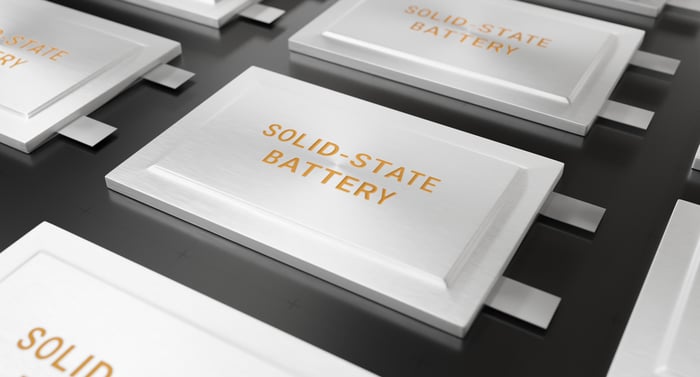 This was still a lab test, and it remains to be shown that QuantumScape's technology will work in a real-world application. Likewise, the company will need to continue working on how to produce the batteries at industrial scale. It still hasn't said definitively when it expects its batteries to be ready for commercial use, neither in its December Battery Showcase presentation, nor today.

Then again, this independent test was just one step toward these goals. Management assured investors that the company -- which went public recently through a merger with a special purpose acquisition company -- will continue to focus on eventually delivering cells to its customers.