Tomorrow's a big day for the electric vehicle start-up -- its first customers will take delivery of their Lucid Air Dream Edition sedans.

Shares of electric car start-up Lucid Group (LCID -2.94%) continued to rally Friday morning after a big week. The stock jumped as much as another 17% early in the session, after posting a monster gain on Thursday. Shares gave back some of that early pop, however. As of 10:30 a.m. EDT, the stock was trading up by 5.8%.

Lucid's stock run-up is being propelled by the looming arrival of its long-awaited first commercially-produced vehicles in buyers' driveways. The company announced earlier this week that it will deliver its first vehicles to customers Saturday. In addition, the company will host a rally at which the new owners will gather for a drive through the California countryside to show off the cars and their technology. 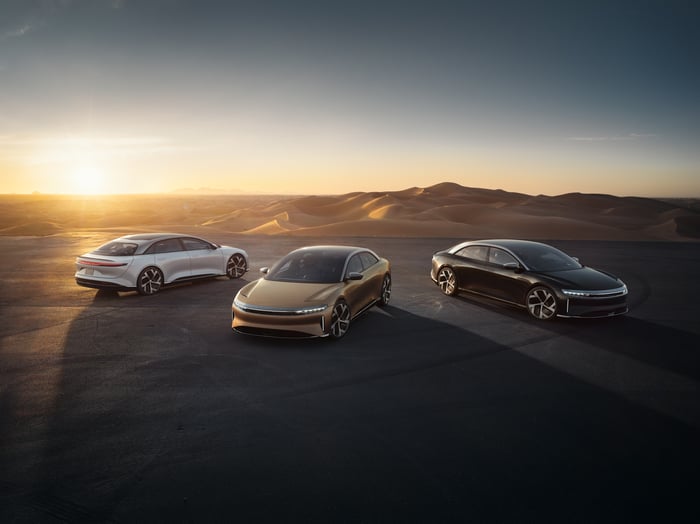 Lucid plans to deliver 520 of its $169,000 Air Dream Edition electric sedans before it begins delivering its lower-priced models. All of the Dream Edition vehicles come with Lucid's long-range battery pack. The Range editions can travel 520 miles on a single battery charge, while the Performance vehicles have a range of 471 miles, but provide faster acceleration.

Lucid will be covering the inaugural deliveries and rally on its social media channels this weekend. But it will give investors a more complete business update when it reports its third-quarter financial results on Nov. 15.