With high expectations, how could DigitalOcean impress investors this quarter?

With shares of DigitalOcean (DOCN -1.92%) -- a cloud provider focused on serving small and medium-sized businesses (SMBs) -- up 125% year to date, expectations are very high for the company's third-quarter earnings. Analysts expect earnings of $0.07 per share on a non-GAAP basis and revenue to reach nearly $109 million -- representing 5% sequential growth.

It might be difficult to impress investors with high expectations around this quarter's earnings. There are, however, a few key metrics that could allow the company to beat expectations and lead to long-term success, which is why I am watching these metrics closely when DigitalOcean reports its Q3 2021 earnings on Nov. 4th. 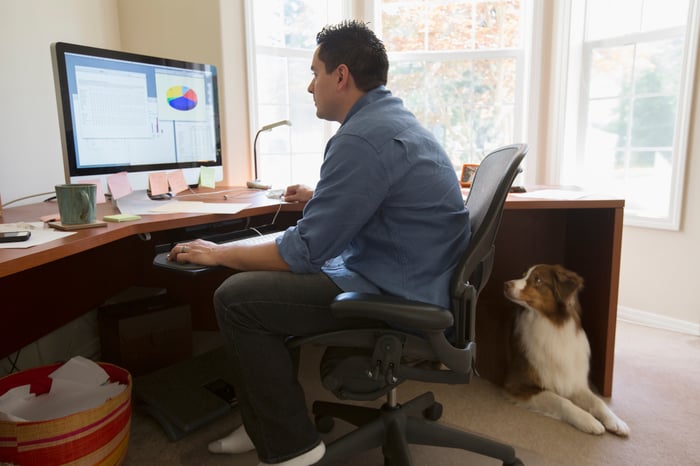 One of the key factors in DigitalOcean's long-term success is its customer growth and customer retention. The company is trying to become the primary cloud provider for SMBs, start-ups, and individual developers, but its penetration is still extremely small. Globally, there are over 100 million SMBs, and that figure grows by 14 million every year, yet the company only has 602,000 customers. This means that there is plenty of work to be done in simply expanding its customer base in order to become the cloud provider for SMBs. If the company can expand its customer base consistently, it will have the opportunity to gain predominance and rule over the SMB niche.

Once DigitalOcean obtains its customers, it is equally as important to retain them. DigitalOcean's net retention rate has consistently hovered between 100% and 103% before jumping to 113% in second-quarter 2021. This means that customers spent 13% more in Q2 2021 than they did in Q2 2020. While this low-teens retention figure is unusual for the company, if it were to maintain its retention figure, this could be something that enables success for many years. A higher retention rate means that DigitalOcean customers are churning less often, which results in higher revenue growth rates for the company along with better customer satisfaction and loyalty -- obvious green flags.

If the company can successfully acquire and retain customers, revenue growth will be more likely to come naturally and be on the higher side of its internal guidance. As is often the case with many high-flying companies, analysts expect extremely strong performance. Wall Street is expecting Q3 2021 revenue of $108.8 million, which is almost outside of the company's own $104 million to $109 million revenue guidance that it provided in Q2 2021.

If DigitalOcean can reach these expectations or beat them, it would do two things. First, it would likely impress Wall Street. Second, it could allow for even stronger growth on the bottom line. The company shrank its bottom line losses in the last quarter, and if this were to continue due to strong revenue growth, this could lead to both short-term price appreciation and long-term success. In Q2 2021, the company's net loss margin was just 2%, while Q2 2020's net loss margin was 3.3%.

The primary risk that could prevent this hopeful picture is the intense competition the company faces in the SMB market. DigitalOcean is up against cloud behemoths like Amazon Web Services, Microsoft's Azure, and Alphabet's Google Cloud, and while DigitalOcean is focusing on a niche market within the cloud space, all of these competitors are investing heavily in the SMB space. AWS, for example, has offerings specifically built for SMBs, and if DigitalOcean's target audience is moving toward products from the big players instead of DigitalOcean, this could seriously impede the company's future growth.

At 23 times sales, this company is priced for perfection, and even beating estimates might not impress investors enough considering how much future growth is currently baked into the stock. However, if the company can consistently increase and retain its customer base while expanding relationships with them, it has the potential to become the primary SMB cloud provider. DigitalOcean is clearly making waves in its market, and if it can execute on these metrics, this disruption could continue for many years.

Why I Bought This Promising Cloud Computing Stock
405%