The SPAC is generating excitement ahead of its planned merger with Trump Media & Technology Group. 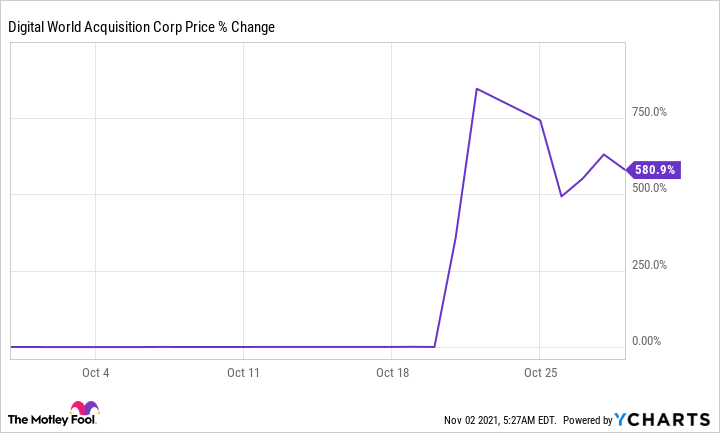 Digital World Acquisition and Trump Media & Technology Group (TMTG) published a press release and made a filing with the Securities and Exchange Commission (SEC) on Oct. 20, announcing that they had entered into a definitive merger agreement. The agreement between the companies valued TMTG at $875 million and the combined entity at $1.7 billion. 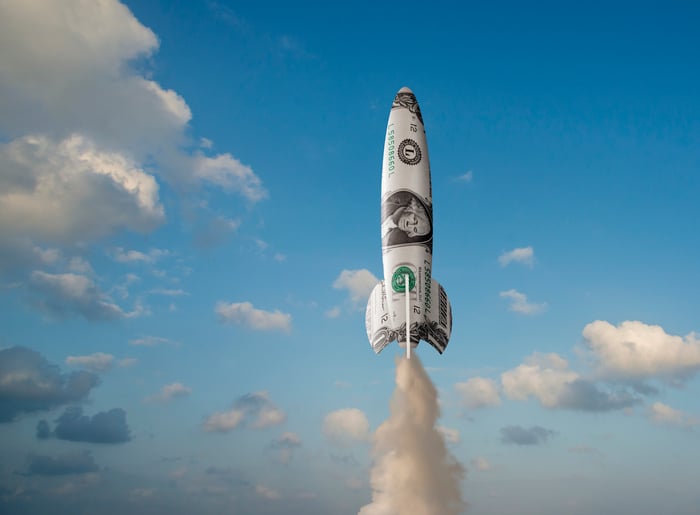 For now, it looks like TMTG's core business will revolve around its upcoming TRUTH Social media platform. TRUTH Social is being positioned as a competitor to platforms including Twitter and Meta Platforms' Facebook. The upcoming social media platform is scheduled to go into beta launch this month and then see a nationwide launch in the first quarter of 2022.

At the time of the merger announcement, Digital World reported having $293 million in its trust and said that growth initiatives for the new technology and media ventures would be funded using this cash. The stated goal of TMTG is to "create a rival to the liberal media consortium and fight back against the 'Big Tech' companies of Silicon Valley, which have used their unilateral power to silence opposing voices in America."

Digital World has given up some ground early in November. The company's share price slid roughly 10.6% on the month's first day of trading. It currently has a market capitalization of roughly $2.4 billion.

The merger between Digital World and TMTG is still subject to regulatory and shareholder approval. While it seems likely this will happen and that TMTG will be taken public through the deal, there's still a small chance that the arrangement could fall apart.

Investors can probably count on the deal going through, but Digital World still looks like a high-risk investment, and not much is known about TMTG and its TRUTH Social platform. Compared to traditional initial public offering procedures, SPAC mergers provide a simplified path for taking a company public. Unfortunately, this means that investors usually don't have much information to go on, as the SPAC merger process does not require that companies file a detailed prospectus outlining financials, risk factors, and other important characteristics related to the combined corporate entity.

It's possible that a new social media platform primarily catering to those on the right of the political spectrum could attract a sizable user base and build sales through advertising and other monetization channels. But the social media space is also highly competitive, and it's unclear whether TMTG and the TRUTH Social platform will go on to be successful.

Randi Zuckerberg, a former director of market development and spokeswoman for Facebook and sister to its CEO, Mark Zuckerberg, is a member of The Motley Fool's board of directors. Keith Noonan has no position in any of the stocks mentioned. The Motley Fool owns shares of and recommends Meta Platforms, Inc. and Twitter. The Motley Fool has a disclosure policy.

Why Digital World Stock Has Dropped 13% So Far This Week