The company dabbles in several arenas, but advertising is still its biggest (and only) moneymaker.

All-around internet powerhouse Alphabet (GOOGL -2.75%) (GOOG -3.29%) once again gave shareholders plenty of different items to celebrate with its third quarter report. In addition to its search engine ad business, the company's cloud computing service revenue improved 45% year over year, while its autonomous taxi service, Waymo, began testing in San Francisco. The company appears to have a presence in a lot of other industries too, ranging from cybersecurity, to drone deliveries, to smart-home management.

When all of the counting is done at the end of each quarter though, Google parent Alphabet is still almost entirely an advertising medium. Two different (but related) charts put the matter in the proper perspective.

It's still all about ads

Kudos to Alphabet for being open-minded about opportunities outside of the search engine and internet advertising markets; surely Waymo or another developmental project operating under its "Other Bets" umbrella will hit it big someday.

Until then though, don't lose sight of the fact that Alphabet is predominantly a web advertising outfit. 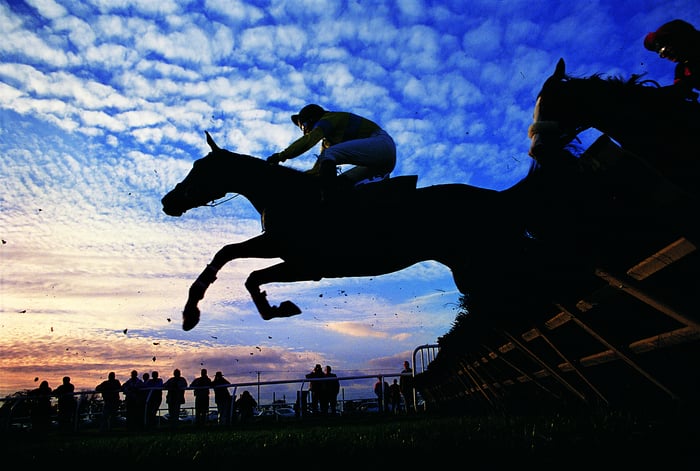 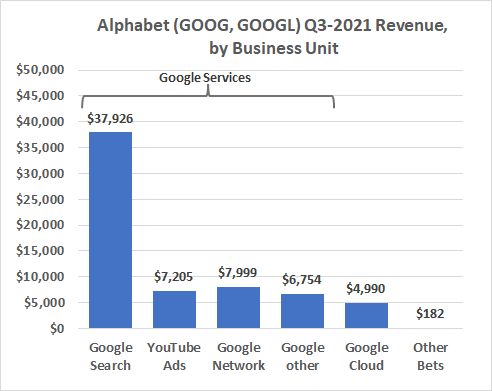 Date source: Alphabet Inc. Chart by author. All data is in millions of dollars.

That's an important detail for investors to keep in mind going forward, although not as important as the fact that Alphabet's ad business is also the only profitable venture the company actually operates. Google Cloud lost another $644 million last quarter, while Other Bets lost nearly $1.3 billion. Google Services earned nearly $24 billion, more than offsetting the other two arms' losses to translate into an operating profit of $21.0 billion. 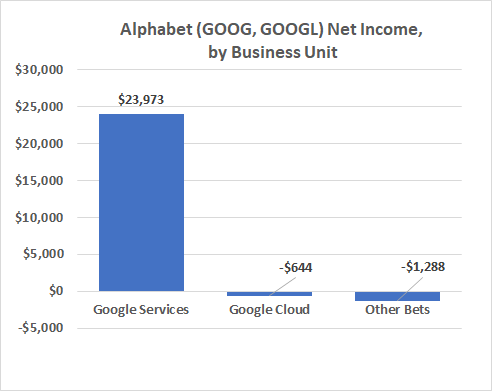 Data source: Alphabet Inc. Chart by author. All figures are in millions of dollars.

And yes, last quarter's revenue and operating income breakdown is a reflection of the sort of sales and earnings breakdown shareholders were seeing before the COVID-19 pandemic rattled the world last year.

Don't misread the message. Alphabet's efforts outside of the internet advertising realm are worthy projects. Technology market research outfit Gartner forecasts that worldwide spending on cloud services will swell 23% to $332 billion alone this year, and then grow nearly another 20% next year. Technavio predicts the world will need 56,000 more self-driving taxis by 2025 than it utilizes now, boding well for Waymo. Investors are understandably enjoying watching these ventures mature, particularly as Alphabet's cloud computing arm inches toward profitability.

Wise Alphabet investors, however, recognize that these side projects are not only not big contributors to the top line, but detracts from the bottom line. Indeed, were it not for Google, YouTube, and Alphabet's network of affiliated websites, Other Bets projects like Waymo, Verily, and Nest wouldn't be funded -- and therefore wouldn't be happening -- at all.

To this end, current and prospective shareholders should be making a point of scrutinizing the details that matter the most, like average per-click revenue rates, the company's typical cost per-click, and changes in market share for Alphabet's Chrome and Android, which help funnel consumers into Alphabet's digital ecosystem. These matters are by far make up the crux of Alphabet's fiscal success.