Investors didn't like what the coal mining company had to report.

Shares of Consol Energy (CEIX 0.73%) had tumbled more than 18% by 10:45 a.m. EDT on Tuesday. Weighing on the coal mining stock was its third-quarter report.

Consol Energy ran into some operational issues during the third quarter, which affected results. The company noted that it's typically a seasonally weak period due to planned maintenance shutdowns. On top of that, its Pennsylvania Mining Complex (PAMC) ran into some operational issues and transportation delays. These factors limited its production to 5.3 million tons in the quarter. Because of that, management lowered the top end of its 2021 targeted coal sales volume by a half-million tons. It also raised the average cash cost per ton sold from a range of $27 to $28 to a range of $27.50 to $28.50. 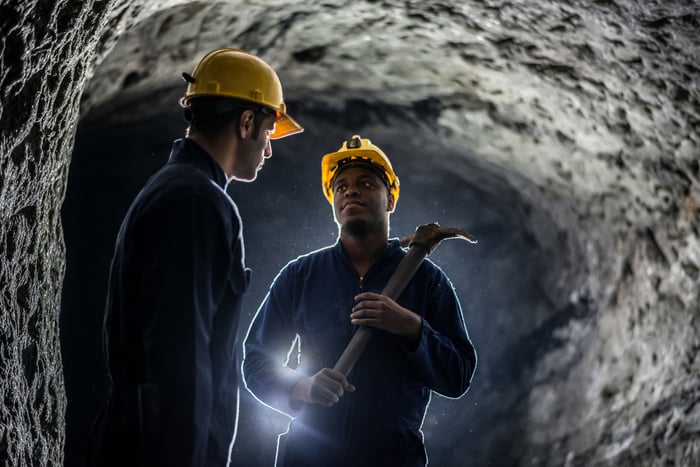 On a more positive note, the company benefited from strong customer demand for its coal during the third quarter. That enabled it to generate nearly $35 million in free cash flow, allowing it to reduce its total debt level by $18 million. The company also secured new coal contracts for 2022 and 2023.

Operational issues limited Consol Energy's ability to take full advantage of the rebound in the coal market during the third quarter. But the company did secure new coal contracts for the next two years. It also restarted the development of the fifth longwall mining phase at PAMC, which should resume operations late next year, positioning it for additional upside.

Those positives aside, the long-term outlook for coal remains uncertain, given its carbon emissions profile. With the adoption of cleaner alternative energy sources accelerating, it's unclear what the future holds for Consol Energy.