Facebook, now Meta, has been in the news lately for its drama, but investors should look past the noise.

Social media giant Facebook, now Meta Platforms (META -1.19%), has been in the news lately for its whistleblower scandal. A former employee has come out with allegations against the company's conduct. This drama is only the latest for Meta, which has become a lightning rod of controversy.

Investors might be trying to figure out whether the company's best days are behind it, especially as the Facebook platform becomes increasingly less popular with young users. We will look past the noise to see whether Meta is a wise investment today. 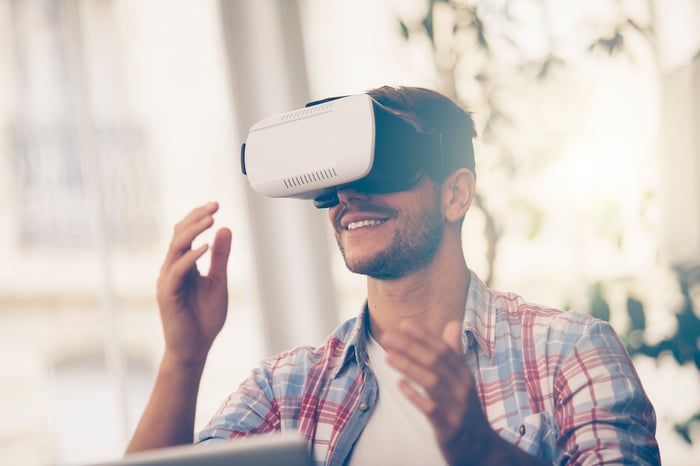 Are Meta's best days over?

The company is under fire after Frances Haugen, a former data scientist at Facebook, brought forth allegations about how the company conducts business. The whistleblower claimed its algorithms encouraged the spread of sensational, misleading, and controversial content that is good for engagement but potentially harmful to users.

Haugen also referred to leaked studies that showed how Instagram, one of Meta's platforms, had adverse effects on the mental health of young users. One study showed that teen girls in the U.K. had increased suicidal thoughts after using Instagram, and another study showed that it encouraged eating disorders. These findings have brought scrutiny from politicians who are calling for regulations on how Meta conducts business. Regulators wield a lot of power and could do a range of things to the company, even breaking it up completely.

Meta is also a pioneer in the social media industry; its Facebook app is one of the oldest platforms used today. Over time, Facebook's popularity among young users has declined, giving up its lead to apps like Snap and TikTok. Although Meta's Instagram platform still remains popular, it has become fair to ask whether Meta's on the decline.

The business continues to perform

If we look at the company's financials, Meta shows that it's one of the most powerful business models in the world. It recently reported its 2021 third-quarter results, its first full quarter since Apple implemented iOS privacy policies, making it harder for ad-tech companies like Meta to track its users.

The company continues to excel in the face of all of this drama, political threats, and pressure from Apple. It grew its daily active users 6% year over year to 1.9 billion in Q3, while increasing its average revenue per user by 27% to $10.00.

Adding users while generating more revenue per user fueled 35% year-over-year revenue growth for Meta in Q3, totaling $29 billion. It's also immensely profitable, converting nearly 33% of that total, or $9.5 billion, to free cash flow. With $58 billion in assets on its balance sheet, Meta is flush with cash and announced a massive $50 billion share-buyback program.

Equipped to build the Metaverse

In yet another splash, it recently announced its rebranding of the company as "Meta" in an effort to focus its energy on developing the Metaverse. This is a space where the physical and digital worlds could interact in the future.

It is splitting the company into two primary segments, one to house Facebook, Instagram, WhatsApp, and the rest of Meta's apps. The other is Reality Labs, dedicated to the Metaverse, Oculus, and other virtual reality projects. The Metaverse could one day be an entirely new digital economy, and CEO Mark Zuckerberg spoke of a digital world where non-fungible tokens, virtual merchandise, and advertising could be new opportunities.

When explaining the company's rebranding, Zuckerberg clarified that this would take years to materialize. Meta could be spending at least $10 billion on its Metaverse business this year and will likely spend tens of billions of dollars over the coming years.

Controversy has created a sale on the stock

The stock has slid over the past five weeks amid the whistleblower story. According to analyst estimates, Meta could generate earnings per share (EPS) of $14 for the entire 2021 year, valuing the stock at a forward price-to-earnings (P/E) ratio of 23.1. 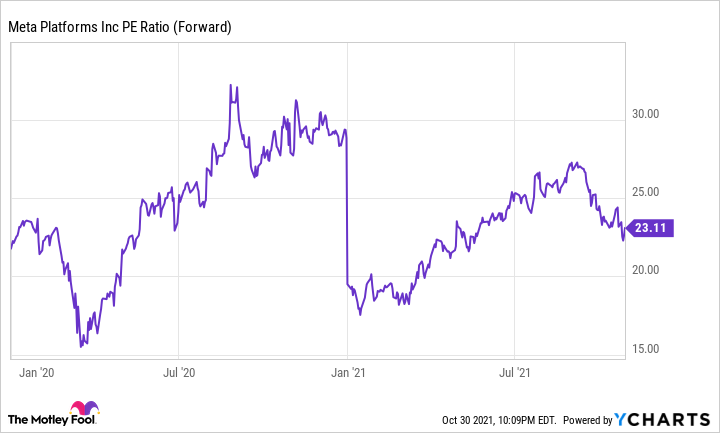 This is a slight premium to the S&P 500's forward P/E ratio of 21.3. However, Meta's expected revenue for 2021 is a 37% year-over-year increase; its EPS estimate of $14 would be 39% growth over 2020. I would argue that these growth rates should command a premium valuation over the broader market, making Meta's stock attractive at these levels.

Patient investors could continue to benefit from the lucrative nature of Meta's existing business, while Metaverse could one day take the company to new heights. Regulation remains a potential threat, but the upside in Meta is difficult to ignore.