Can Novavax deliver on its promises?

Investors are breathing a sigh of relief ahead of Novavax's (NVAX -6.50%) earnings report tomorrow. That's because it looks like the worst-case scenario isn't going to happen. The concern? That Novavax would delay regulatory requests for its coronavirus vaccine candidate once again. The company already postponed requests more than once due to manufacturing issues.

But the good news has begun flooding in over the past few days. Novavax has completed regulatory filings in multiple countries. The company also told Reuters that it has resolved all of its manufacturing problems and doesn't expect any related roadblocks. Now, we can look ahead to the earnings report with a bit more optimism. So, what should we look for? Well, there's one thing in particular that I'm eager to hear about... 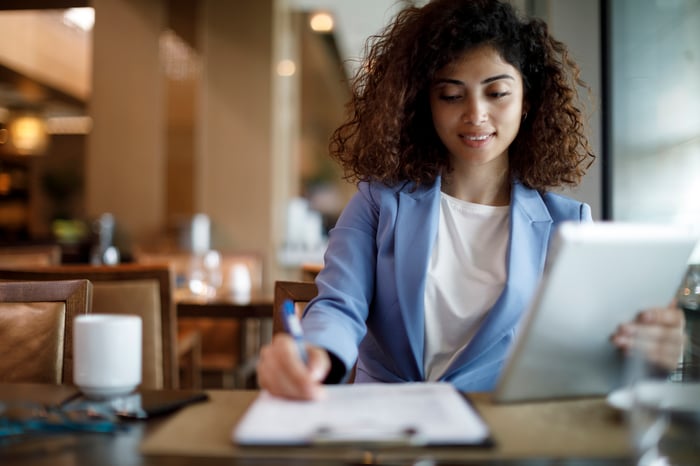 First, a bit of background and some details about the latest regulatory filings. Novavax built out an extensive manufacturing network over the past year. But raw materials shortages and related issues kept the company from ramping up production. Regulatory submissions must show a company can produce quality product at scale over time.

During the past two earnings calls, Novavax delayed its regulatory requests due to these manufacturing issues. And that's exactly what's given investors the jitters ahead of the next report. To make matters worse, a recent article in Politico suggested the problems could persist for another year.

And then came the good news. Novavax said it's completed regulatory requests in Canada, the European Union, Australia, and the U.K. And Indonesia awarded Novavax its first emergency authorization. The company reiterated that it plans to complete its regulatory submission in the U.S. before the end of the year.

Now, here's what I'm most interested in learning during the earnings call. I'll be focused on Novavax's manufacturing and distribution plan. This will help us understand the levels of revenue we can expect in the coming quarters. Novavax has said in the past that it will focus on equitable vaccine distribution. And that means favoring distribution to lower income countries that need vaccine doses the most.

This is a good strategy for two reasons. First, it's the right thing to do. And companies that operate this way often are successful farther down the road. Second, from a market share standpoint, it's also positive. Novavax may gain on volume in low-to-middle income countries. The company is unlikely to take a leading role in the U.S. The country already has vaccinated most of the population with shots from rivals Pfizer and Moderna. But Novavax could take a leading role in other parts of the world.

The European Union also represents opportunity for Novavax. That's because some European countries have hesitated to vaccinate with Johnson & Johnson and AstraZeneca vaccines due to rare blood clotting events. And Scandinavian countries have halted or warned against the use of Moderna's vaccine in some younger people. That follows very rare cases of heart inflammation in that age group. Novavax already has signed an advance purchase agreement with the European Commission for as many as 200 million doses. So, it will be important to follow regulatory action -- and see when Novavax plans to begin delivering the doses.

Earlier this year, when Novavax aimed to complete regulatory filings in the third quarter, the company said billions of dollars in revenue would roll in in the coming four to six quarters. As we know, the company fell behind. But if regulators are happy with Novavax's submission, this forecast for billions in revenue may not be too far off.

So, heading into Novavax's earnings report, I'm optimistic. Novavax has most of the elements to carve out a share of the vaccine market. But its distribution strategy may determine just how successful this latecomer will be.