Investors got excited by the cybersecurity stock's new product and partnership announcements.

Shares of CrowdStrike Holdings (CRWD 0.36%) rose 14.7% in October after the company announced a number of new products and partnerships. The cybersecurity company held an investor product briefing on Oct. 12, at which it announced its expanded and updated offering. These developments were clearly well received by analysts and investors, who expect the company to average around 50% sales growth over the next two years. 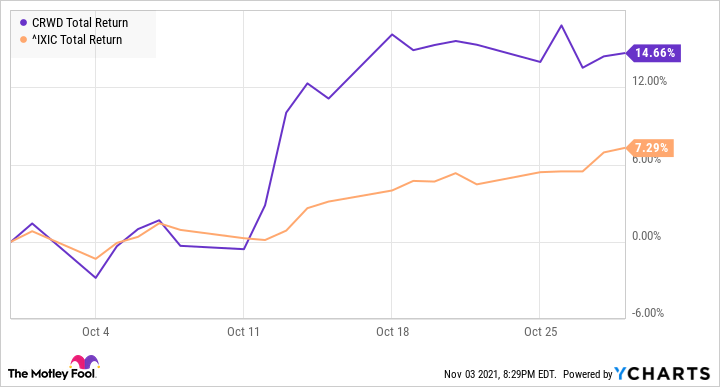 CrowdStrike is averaging close to 100% annual revenue growth, and it's now considered a global leader in endpoint security services for businesses. Endpoint security prevents hackers and other criminals from accessing corporate networks through connected computers and mobile devices. That's relevant to pretty much every business in the modern economy, and potential threats are nearly constant with remote work and enterprise clouds. 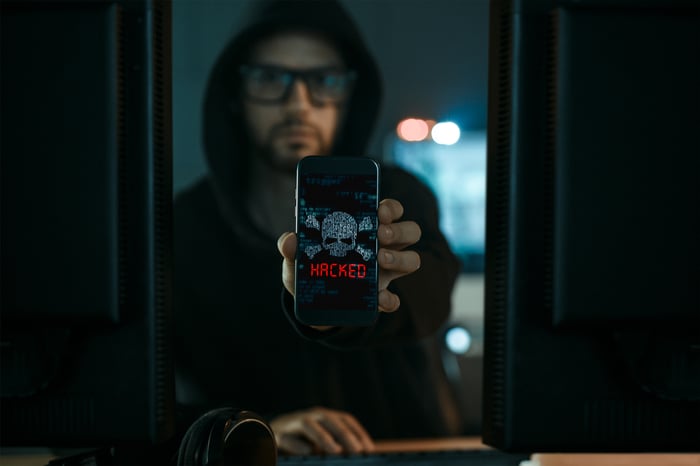 CrowdStrike also announced an information-sharing alliance with other leaders in information technology and cybersecurity. They include heavy hitters like Alphabet, Okta, ServiceNow, Zscaler, and Proofpoint. This collaboration should improve the quality and efficacy of products for all the parties involved.

Investors were anticipating ongoing product development and sustained rapid growth from CrowdStrike. Last month's news indicated that the company is executing on that.

October's news was definitely encouraging, but it's hard to place a number on the impact. Did these new products and partnerships add $8 billion in value to CrowdStrike?

It carries a price-to-sales ratio above 50. The company is free cash flow positive, but it's clearly focused on growth rather than profit generation, so it can't be valued on the basis of earnings; cash flows; or earnings before interest, taxes. depreciation, and amortization. Whether you're bullish or bearish on CrowdStrike, you have to recognize that a significant amount of future success is already assumed in the stock's price.

The company's leadership in a high-growth industry should fuel major growth for years. Still, CrowdStrike has a ton of work to do just to justify its current valuation. This latest batch of announcements is just one positive step along the way. Not much has changed about the long-term investment narrative. If you were excited about the company, then October's news just validated your optimism. If you thought it was too expensive to own, then the cybersecurity stock only moved further out of your price range.

3 Stocks You Can Confidently Buy in a Market Downturn