The gene-editing specialist's stock is now down roughly 37% year to date.

Shares of CRISPR Therapeutics (CRSP -0.55%) slid 18.4% in October, according to data from S&P Global Market Intelligence. The biotech stock lost ground after the company published weaker-than-expected trial results for one of its key clinical therapies. 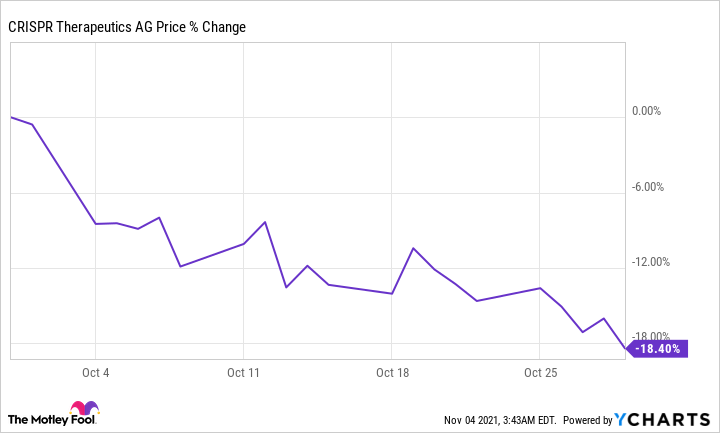 CRISPR published phase 1 trial results for CTX110 on on Oct. 12. CTX110 is the company's chimeric antigen receptor T-cell (CAR-T) therapy for large B-cell lymphomas. As a clinical-stage biotech, it's not unusual for CRISPR stock to post substantial swings after new trial data is released, and the market was broadly unimpressed by the gene-editing specialist's latest update. 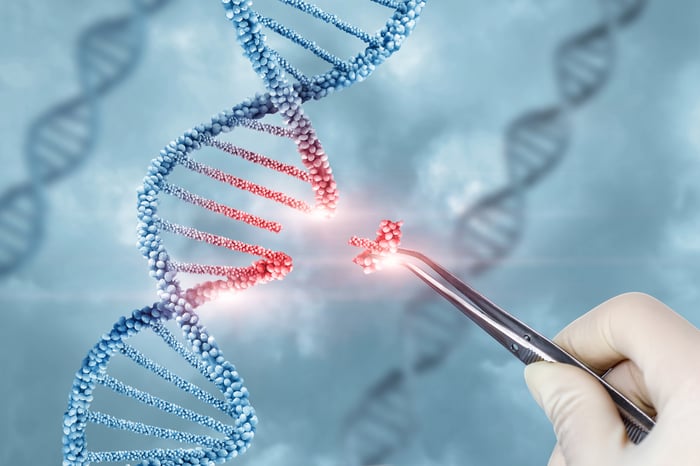 While CRISPR Therapeutics framed the results as positive, the tested efficacy levels for CTX110 appear to have fallen short of the market's expectations. The trial found that CTX110 had a 58% overall response rate and a 38% complete response rate in large B-cell lymphoma. Analysts were mixed on the performance and implications.

Stifel's Benjamin Burnett published a note on CRISPR following the trial data, maintaining a hold rating on the stock but lowering his one-year price target on the stock from $139 per share to $101 per share. The weaker-than-expected results for the CTX110 trial generally caused the analyst to have less confidence in the biotech's pipeline.

Meanwhile, Piper Sandler analyst Edward Tenthoff was much more bullish coming off of the trial results. He maintained an overweight rating on the stock. He also kept his $180-per-share one-year price target and recommended buying the stock on recent pricing weakness.

CRISPR stock has regained some ground early in November's trading. The company's share price is up roughly 6% in the month so far. 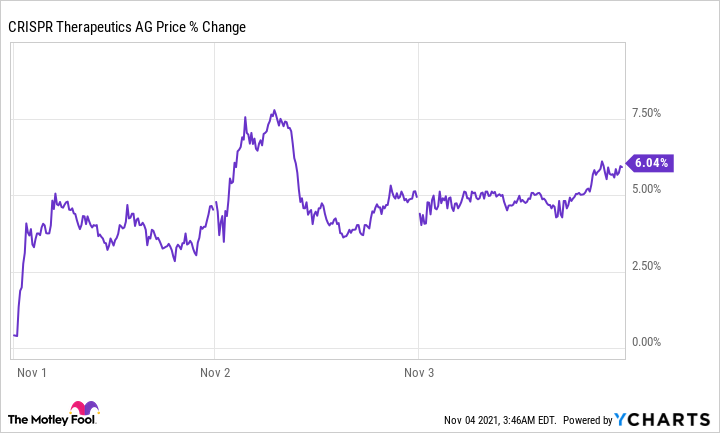 As a clinical-stage biotech, the company's current earnings results shouldn't be a primary focus for most investors. The bull case revolves around the possibility that CRISPR's gene-editing technologies will pave the way for revolutionary treatments that reshape elements of the healthcare industry and lead to cures or major quality-of-life improvements for affected individuals. The company closed out the quarter with roughly $2.48 billion in cash and short-term investments and indicated it's progressing on trial initiatives for its core beta thalassemia and sickle cell disease, immuno-oncology, regenerative medicine, and in vivo treatments.

CRISPR Therapeutics now has a market capitalization of roughly $7.4 billion.