The digital advertising specialist put to bed any concerns that its growth was slowing.

The catalyst that drove the digital advertising maven higher was third-quarter financial results  that sailed past even the most bullish expectations.

The Trade Desk delivered revenue of $301.1 million, up 39% year over year, calming investor fears that its growth might be slowing. At the same time, the company delivered adjusted earnings per share (EPS) of $0.18, which surged 380%.

To give those numbers context, analysts' consensus estimates were calling for revenue of $283.5 million and adjusted EPS of $0.15. 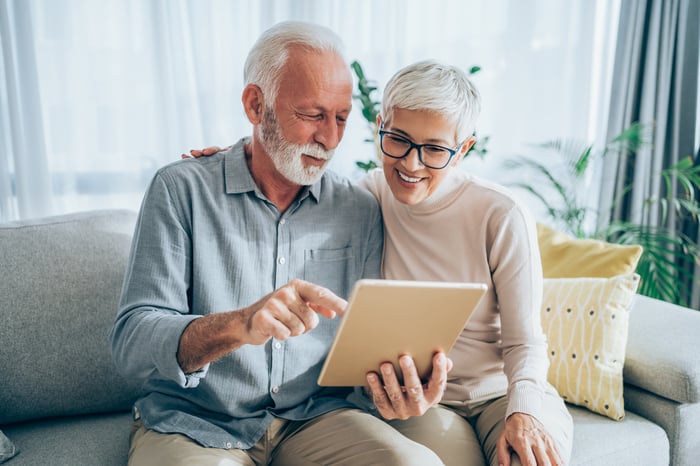 The Trade Desk has long said that its Unified ID 2.0 technology, which is an "upgrade and alternative to third-party cookies," would be largely unaffected by these developments, but investors had lingering concerns.

The company gave investors other reasons to celebrate. Its fourth-quarter outlook was more robust than expected. It's guiding for revenue of at least $388 million and adjusted earnings before interest, taxes, depreciation, and amortization (EBITDA) of approximately $175 million, which would represent growth of 21% and 14%, respectively. Given its recent performance, those estimates are likely conservative.

By providing evidence that the company will continue to thrive -- even as Apple and Google make things more challenging for digital advertisers, The Trade Desk has gone a long way toward quieting investor fears about its future prospects.

The stock isn't cheap using traditional valuation metrics, with a price-to-sales ratio of 40, but investors have thus far been willing to overlook that due to The Trade Desk's continued strong growth.